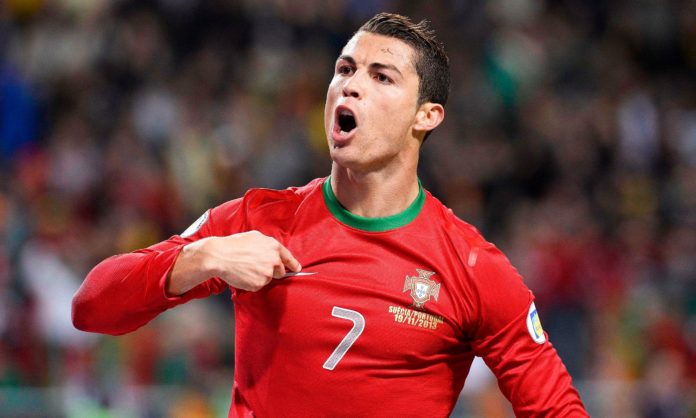 They seemed to lack a clear plan.  They were a little disorganised.  They did a fine job of upsetting Ronaldo.  They were busy, and if only they had brought on someone with a bit of pace earlier then the result might have been different.  I am talking about the moths of course, not France.

Yes, Euro 2016 huffed and puffed to its conclusion with all the style and finesse of the eventual winners Portugal.  The Portugal pre-match preparation must have included watching a re-run of Muhammad Ali and George Foreman’s Rumble in the Jungle from the 1970’s.  You know, the one where Foreman beats the living daylights out Ali for the vast majority of the match, gets knocked out by one flurry of punches and wonders how on earth he managed to lose.  Actually, if you missed the final then go and watch that fight instead.  It was far more entertaining.  Still, Ronaldo managed to finally emulate one of his idols in football.  No not players like Casillas, Gullit or Platini in captaining the side to the trophy but John Terry for barking orders from the technical area whilst your manager wonders what you are doing.

Portugal were already fairly unpopular coming into the final, having beaten Wales in the semi finals.  Wales, without Aaron Ramsey, will forever wonder what might have been.  That said, the reception they got when they flew home was incredible.  Imagine if they had got to the final?  It might have been the Manic Street Preachers, Cerys Roberts and Tom Jones serenading them.  Wales were also officially reprimanded by UEFA for allowing their children on to the pitch after the game.  I know most people would like to see UEFA cracking down on pitch invasions, but really?  Surely the governing body have bigger priorities, like making sure they don’t leave the lights on in the stadium overnight leading to a mass infestation of the afore mentioned moths.

France were there by virtue of knocking out Germany, but nobody cares about that now.

In transfer news, Newcastle fans are said to be incredibly excited at the prospect of signing the French midfielder Sissoko, following his all action display in Saint-Denis.  The relegated club have been frantically searching for a replacement for their lazy, ineffective, totally useless French midfielder Sissoko and this guy seems to fit the bill.

Mind you, if you are a Premier League manager with any average players that you are keen to get rid of you have two real options at the moment.  Firstly, get on the phone to Pardew and he will probably offer you £30m.  If that doesn’t work, sell them to China.  They are spending money like anything and if it comes from the Premier League they are happy to spend more.  Southampton’s Pelle will soon be seen taking very bad penalties against the Great Wall, having shipped out for £13m.  Better still, Sissoko’s role model at Newcastle, Cisse, has managed to convince a team to pay him crazy money a week and also give Newcastle some for the pleasure incredible.

Pep Guardiola had only been on the lush training fields of Manchester City for one week before he rolled out the “I need time” excuse.  Having now had a look at the squad inherited and concluding he doesn’t need to see Sterling, Hart, Mangala and Sagna in action to release where they fit into his plans, Guardiola is not promising to win anything next season.  Still, the reported £300m transfer budget might help him get close to some silverware.

Jurgen Klinsmann is in talks over the England job.  That will appeal to everyone who voted Leave.  Roberto Mancini has also thrown his hat into the ring.  Worryingly, he kind of fits the profile.  Experience in England, tick.  Won something in England, tick.  European experience, tick.  If we ignore everything he has done since he left Manchester City you could find yourself with quite a strong argument on your hands.  The Glenn Hoddle talk has subsided somewhat, possibly after his on-going live audition as a pundit in recent weeks.

UEFA decided to drop the case against Liverpool’s Sahko for taking “performance enhancing drugs,” meaning the Frenchman was found innocent and is free to play again.  Well, at least it didn’t cost him a Europa League final or a Euro 2016 final, hey?  Well done again UEFA.  Now, back to leaving the lights on.

King Klopp has clearly made a great impression up in Liverpool, or has done a very good job of just being anyone other than Brendan Rodgers.  The Gegenpresser has been awarded a six year contract.  Cynically, that might have just pushed his compensation through the roof if the German FA come knocking in a few weeks time.

We end today on a slightly more poignant note.  Having fought leukaemia and won, Stan Petrov was back in an Aston Villa shirt in a pre-season friendly.  It was a long battle that many felt he would not win, so to be in full training and likely to play regularly next season is an incredible victory.  Many of Aston Villa’s players last season should hang their heads in shame when they look at their captain’s attitude.

Actually it feels a little strange not finishing on a punchline. Former Portsmouth, Everton and Middlesboro striker Yakubu is said to be regretting his decision to play for Boreham Wood in the National League.  We agree Yak, if Cisse can get a deal in China you must be able to as well, even if you are 52 now.