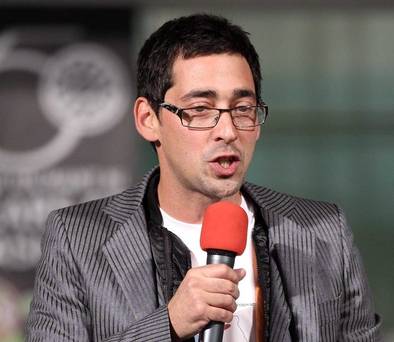 TFTTF has always been a fan of Colin Murray. Even in his early days on Radio One with Edith Bowman, the sound of his Irish lilt made life a little better. Then he became the host of Fighting Talk and went from strength to strength. You might sense a hint of a man crush which is now in danger of becoming full-blown love. Admittedly it is going to take slightly more than one presenter walking away from TalkSport following its purchase by the company that owns the Sun and, more importantly, is owned by Rupert Murdoch, the man who runs Great Britain, to make a true stand against such a moral-lacking organisation but fair play to Murray for being the man to set an example. Slightly different to Mr Collymore who also left TalkSport the day before, criticising the withdrawal of a contract and begging for a new deal elsewhere. Not that anyone saw his appeal on Twitter, Stan has blocked most users over the last few years.

King Klopp has made his position very clear on Mario Ballotelli’s position. And that position is not playing up front for Liverpool again. Klopp showed his super powers of message managing once again, praising Ballo for incredible pre-season graft and saying there will definitely be a club interested in his services. That club could well be Sampdoria or (insert any Chinese club of your choice here).

Valencia fans are dancing a dance of sheer delight. They over the proverbial moon to hear that there is a club crazy enough to take on the wages of Negredo and Barragan. That club is Middlesboro who seem to be keen to reenact the Bryan Robson era by convincing foreign players with pedigree that it isn’t too bad living on Teeside. Victor Valdes is already on board and if the two Valencia want-aways do sign up then Boro will have a team that would have been fantastic on Football Manager 09.

Manchester City are on the look out for another centre back that may have a mistake or two in his locker. Pep is also looking for an early win over Jose, who is also a keen admirer of the player in question. Totally fresh from not being any better than Gary Cahill or Chris Smalling, which has to be a worry in anyone’s books, John Stones is being the glad eye by the Catalan coach. That said, Stones has a wonderful choice to make. He can let his career continue at Everton and be coached by one of the finest ball playing defenders of all time in Ronald Koeman or move to City and be coached by a coach who insists on players who are happy on the ball.

If Big Sam does convince the FA that he is a better bet than anyone from abroad then Stones will have to quickly forget anything Pep or Ronald will have taught him if he wants to pull on an England shirt. Maybe I am being harsh, but I can see Ryan Shawcross licking his lips at the prospect of Allardyce in charge and Jermaine Defoe has already checked that his passport is still valid. Andy Carroll is certainly going to ensure he is fit for a few games and Kevin Nolan is allegedly sitting patiently by the phone, you know, just in case Sam wants to put the band back together.

Arsenal fans are in for the usual summer game of “Higuain or no Higuain” as it has been rumoured that Arsenal have bid £42m plus Giroud for the Argentine front man.  Napoli are said to be keen on the deal and are hoping to negotiate a £37m deal without Giroud.

Chelsea have supposedly had a £29m bid for Kante accepted by Leicester.  This means, apparently, that Cesc will look to leg it out of London faster than he ran at any point last season and this news might interest Jose.  Really?  Because Cesc really put a shift in for him last season, right?  Jose, it is not my place to give you transfer advice but just buy Kante.  Seriously, it will save you a lot of bother and money in the long run.