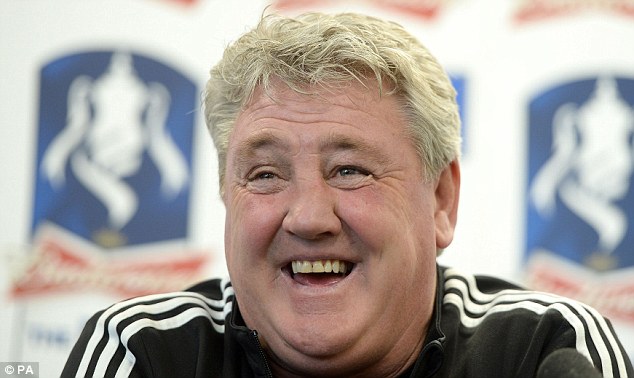 Hull City want to be just like Sunderland, it is so obvious now I can see it.

By “just like Sunderland” I don’t mean struggle against relegation every season, put their fans through hell and invest lots of money in very average players.  No, I mean they like the concept of a quick resolution.  Steve Bruce has now officially been interviewed by the FA for the vacant post of “manager” and Hull would like a decision PDQ, if at all possible.  The Bruce interview does smell a little of “we need to be seen to interview a few more people rather than just give it to Big Sam” though Bruce does, erm, fit a few of the criteria set out.  Ok, he is English and interested.  That’ll do for the FA.

According to West Ham’s Aaron Cresswell, Allardyce “works on your weaknesses every day.”  To be blunt, there are not enough days in the year for him to work on all the weaknesses in the England team, so maybe he isn’t the right man after all?  Just the mere sound of that quote makes me wonder if we should have just given it to ‘Arry rather than Woy and that plenty of arms round the shoulder talks would have led us to European glory.  Why waste time working on weaknesses when there might be at least three strengths in the team we could focus on?

Mark Hughes seems to love a renegade maverick.  Cast your mind back to some of his other success stories with players that don’t always seem to put toe to line.  Robinho, that went well.  All those boys he brought in at QPR, quality signings.  Are Shaqiri and Afellay as over rated as many think they might be?  I mean, that Stokealona stuff lasted how long, four games?  According to the Potters gaffer, he has “lodged” bids for West Brom’s Saido Berahino.  TFTTF has no idea where he has lodged these bids, but with Berahino’s track record of upsetting the WBA board I can guess where they have been moved to.  Saido to Stoke?  I find it unlikely, though Spurs seem to have gone awfully quiet on him.

Arsene Wenger has had a good look at last season, analysed his current squad and decided that what he really needs to win the Premier League back is a teenage Japanese striker and an England U21 defender from Bolton.  Arsene is in for Rob Holding, and the cash on the table is around £2m.  That’ll scare the bejesus out of Jose, that will.

Speaking of Jose and therefore Manchester United, Zlatan is moving through his gearbox of instant quotes.  Following Eric Cantona’s long personal message to the Swede, welcoming him to Old Trafford but reminding him that the throne of King is still not vacated even though Cantona has not kicked a ball this millennium, Zlatan made it clear that he has no interest in playing Prince.  I was quite tired when I first read this report and genuinely thought for a moment that Zlatan and Eric were duelling on who should play Prince in the bound to be released soon biopic of the recently deceased singers life.

United are waving £100m big ones under the nose of Juventus, hoping to tempt them to give them Pogba in return.

Jurgen Klopp has been attempting to persuade some of his players to leave the club saying “when there is no chance of playing, it makes no sense to stay.”  Lucas Leiva, Christian Benteke and Mario Ballotelli were all seen smiling and pointing to their payslips, suggesting that they can think of a few reasons to stay put.