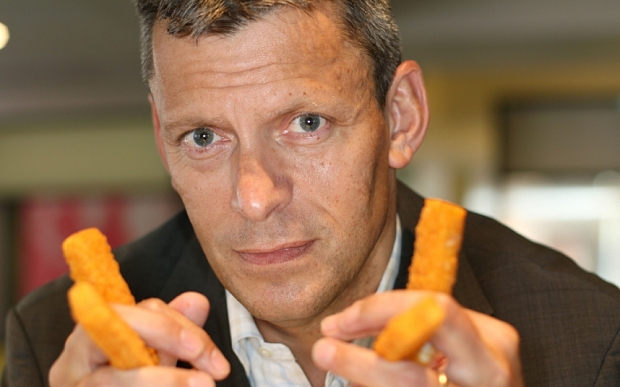 Martin Glenn has suddenly become “a face” hasn’t he? I’m all for not having a clue who the FA’s Chief Exec is, personally. He normally only gets reeled out when things have gone badly. Actually, that may well be because things always go badly at the FA and we have never had a chance to see if the Chief Exec gets wheeled out if things have gone well. Anyway, Glenn came up with a corker of an admission yesterday and I thank him for it.

“The FA is in favour of a winter break!”

“But it won’t happen during this TV deal!”

So there we have it. The FA firmly nailing it’s pants to the mast of “we would rather make loads of money than do whatever we can to win the World Cup.” At least we know now, right? Even if Glenn did really want to make it happen, he can’t or so he says. Oh yes, that will be because the FA don’t run football in England anymore, the Premier League do.

Them’s that run football also had something to say, though they were busy turning down the FA commission’s proposal that Premier League B teams should take part in the Football League.  “B Teams will never play in the Football League” said Richard Scudamore.  I’m sorry Dick, but did you not see some of the teams King Klopp selected at the end of last season when en-route to the Europa League final.  You can all insert your own “Southampton is Liverpool’s B team” gag here if you want to.

Pep has been pretty quiet in both the press and the transfer market since emerging at City. All that is about to change, however. The Catalan legend has been linked with splashing £100m out on three players in the next week or so. Yes, three players. None of that wasting it on one player malarky from old Pep. Leroy Sane, Gabriel Jesus and Marlos Moreno are all thought to be on their way to Manchester to be tutored in the arts of passing a ball to each other before being considered a considerable waste of money. Actually, Sane is pretty damn good so could well justify the £40m price tag and, quite honestly, I wouldn’t recognise Gabriel Jesus or Marlos Moreno if they nutmegged me six times in training.

I’m not sure Arsene quite understands the rules of the modern day transfer market.  West Ham recently bid over £40m for Lyon front man Lacazette.  Said bid was rejected.  Therefore Arsene, could you please explain to me why you felt they would accept a bid of at least £5m less just over a month later?  Come on man, wake it up.  Otherwise you are going to be relying on Theo Walcott to become that centre forward again, and nobody wants that.  I am waiting to see him place a bid of £60m for Higuain by lunchtime.

Liverpool’s Sahko, you might assume to be showing an element of gratitude to be not banned for failing a drugs test, has been sent home from Liverpool’s tour for “treatment on an achilles injury.” What that really means is that the big lad has an attitude problem and Klopp doesn’t want him around. Maybe he is sulking that his mate Kolo has gone to Celtic and he hasn’t been recommended a new pharmacist?

Sam Allardyce has only been manager less than a week and already he is exploring alternative methods to improve England’s chances. First up is his novel approach to selecting Wayne Rooney. Big Sam has pledged to see where Jose plays him first, and then copy him. Genius I tell you. Whether he has the same plan for Joe Hart or not, we do not know.

Bobby Martinez seems to have schmoozed his way to the top of the Hull shortlist. He is definitely what a newly promoted team need. Laissez faire at the back and idealistic in his style of play, Martinez may as well kit them out in blue and white and call them Wigan. Even though I was critical of Ranieri’s appointment last summer, I am quietly confident my claim of this being a terrible move for Hull will not come back and bite me on the backside.