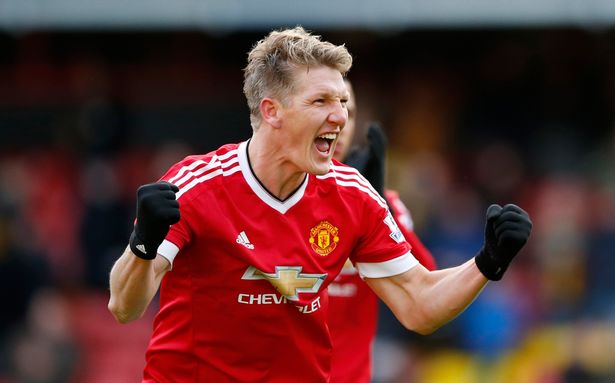 You see, what you have to remember is that Schweiny is a national treasure in Germany.  All you people living back in England, I am sure you’d get a little narked if – really struggling to think of an example here – let’s say Sir Geoff Hurst, got a bit of a public battering.

Important people at Bayern have been “outraged” at the treatment of the former Germany captain and members of Fifpro, who I have to admit I have no clue to who they are, are also liking it to “bullying in the work place” and suggesting Jose “should go to prison” for what he has done.  What’s that Jose, another industrial tribunal heading your way?  Probably not, it’s football innit.

Bobby Martinez is a magician.  He managed to get the Everton job having just relegated Wigan and now he has popped up as manager of one of the most talented group of individuals in Europe.  Martinez has landed the gig as Belgium manager, which will please Lukaku no end, but Kompany is already tearing his hair out.  How this has happened, we have no idea.  Maybe Bobby is better suited to international management, less time to coach defenders in the art of not defending possibly?

I’ve been giving Theo Walcott a rough ride in recent days.  He has found someone to stick up for him again.  Unsurprisingly it is Bayern, who seem to be the football bullying police this week.  David Alaba has named Walcott as his toughest opponent.  I kid you not.  It’s in an official interview and everything.  If this does not get written off as “lost in translation” and “taken out of context” by Monday morning I will close this blog down.  The claim clearly says more about Alaba than Theo.

All this talk about Pogba and United letting him go for nothing a few years ago has riled Rio.  The formerly stylish defender has come out and claimed that Pogba was not the best young midfielder on United’s books at the time.  No, that was Ravel Morrison who now claims a wage at Lazio of all places.  Temperament though, hey Ravel?