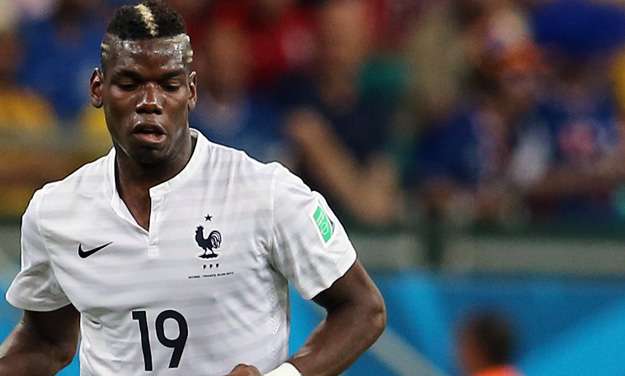 God, it feels like Day 96 in the Paul Pogba house.  Just a little retro Big Brother moment for you there.  It feels like we’ve been in there negotiating with Ed ourselves, right?  It’s nearly over though, it’s nearly over.  The Paul Pogba Transfer Saga 2016 is coming to an end.  Although, is it just me who thinks that Pogba failing his United medical would have been hilarious? Especially if it was for a back problem. It would give a whole new meaning to #PogBack.

Sadly for everyone involved Pogba passed his check up and the deal is, finally, expected to be officially confirmed any minute now (or already has been, I didn’t wait up all night).  By officially, we mean the photo in the laundry room does not mean the paperwork has been done.  It does mean the laundry ladies will each get a written warning for tweeting out that photo before the 1260 different “partners” got their moment with the new signing.

Thierry Henry is the latest to be far from impressed at the Pogba fee, saying that the guy cannot defend. I have a sneaky feeling that after six weeks of working with Jose he will know how to defend.

Poor Arsene cannot catch a break at the moment. First Per, then Gabriel. He might have to revisit the Ospina at centre back idea. Putting all that to one side he is now getting grief from Germany’s Olympic coach for not giving Serge Gnabry more of a chance. The youngster has scored three of Germany’s five goals so far in Rio and, according to the coach, shows that he should be starting ahead of the likes of Alexis, Ozil & Walcott. Ok, he might have a point on the last one.

Mike Phelan is now in pole position to be the first Hull manager relieved of his duties this season.  Phelan looks set to be in charge of the Tigers when they play champions Leicester on Saturday.  Three defeats from the first three games will probably be enough to make Hull realise the cheap option may not be the best option.

Papy Djilobodji is playing the hard done by card, having picked up several hundred thousand pounds a week for having a little London mini-break last season.  He believes that, despite nobody having ever seen him play football, he was good enough to be a regular at Stamford Bridge.  Papy’s word was good enough for Moysey and he handed over £8m big ones to sign the centre back.  That has a healthy little £5m profit for Chelsea’s Director of Signing People and Selling them for Profit Michael Emanalo.

Liverpool want their money back on Christian Benteke.  I’m pretty sure they don’t mean they are asking Villa for a refund, more that they will not let the Belgian striker go for less than what they paid for him.  TFTTF still think that they should have driven him to Selhurst Park when they had the chance.

Swansea have made a very good signing in Spanish striker Llorente.  Sure, he missed an open goal at the weekend but friendlies do not count.  Can anyone remember if Eder is still at the club?  Eder and Llorente up top could be quite a handful if so.  It will be a tough season ahead for Swansea, and that tip almost guarantees Europa League qualification.

Following United’s victory over Leicester in the weekend’s Community Shield, a journalist fell asleep in Jose’s post match press conference.  Jose made sure this did not go unnoticed.  What is it with United and making people fall asleep in the last two years?  Mourinho was brought into to change all this, surely!  One person that is so super human that he never needs to sleep is Zlatan.  In his own post-match remark, he mentioned that “I joined United to win trophies, so there was no point in waiting.”  Fair point, Zlatan.  However, nobody other than you and Jose recognise that shield as anything other than a big bit of tin foil.

Say what you like about King Klopp, but he is a principled man.  He refused to speak with the Sun over the weekend following the “newspaper” going to press with a story about the wife of defender Dejan Lovren.  Oh Jurgen, TFTTF admires you.  But you didn’t need another reason never to speak to the Sun again.