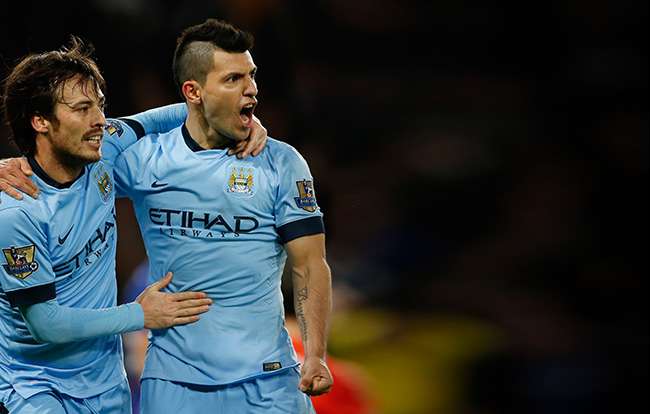 I can imagine Steve McManaman analysing City’s 5-0 win out in Romania last night.  “It’s all very well playing these false full backs, but is he getting them practising penalties?” he will have been grumbling to himself.  Well Steve, City are that good they can win 5-0 and miss two penalties away from home.  Aguero could have helped himself to five of the best if he could score from 18 yards.  Luckily for him, he can score from everywhere else.  “Tricky trip to Bucharest” previews looked a tad foolish as City made light work of it all.

Fernando Torres has been talking.  He has been using words like “betrayed” and “Liverpool FC” in the same sentence.  That’s quite interesting, as quite a few Chelsea fans would probably use “betrayed” alongside “the image of a £50m footballer.”

Wayne Rooney gets a bit of stick about his physique.  I am sure he might listen to some of his critics, but I cannot see him being that bothered about the opinion of Paul Parker.  The ex-United right back has been sticking it to Wayne calling him “overweight and slow.”  Rooney did consider suing, momentarily, before his lawyer informed him it would be difficult to prove the allegation anything other than 100% true.

United are now just copying Leicester’s transfer targets.  They are also “weighing up” a bid for Brazil starlet Gabriel Barbosa.  If Jose’s track record on signing young players is anything to go by, some team in Holland must be licking their lips at the thought of getting him on loan for the rest of the season.  At least Pogba’s agent, Mini Raiola, has put his fee to good use.  The agent made something like £20m for his part in the deal and he has reinvested £7m of that in Al Capone’s old mansion in Miami.  That will go a long way to dispel the theory that being a football agent is the closest thing to being in the mafia in 2016.

I try not to move away from the English Premier League too often, but this one was too good to miss.  If you want any form of confirmation as to how far the Scottish Premier League has slipped in the last decade, Rangers are choosing a new centre back from the following two free agents – Philip Senderos and Joleon Lescott.  Stop sniggering at the back.