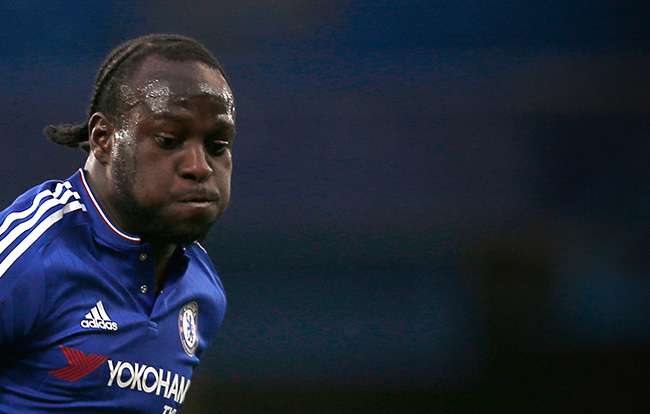 Victor Moses is of the slightly unfortunate belief that his goal in the second round of the EFL Cup is going to kick start his Chelsea career.  Victor, old son, there is a reason you were playing against Bristol Rovers.  Antonio doesn’t fancy you.  Get ready for six months kicking your heels, getting the occasional Premier League 2 game at Aldershot and then joining Sunderland on loan to save them from relegation.

Speaking of Sunderland, David Moyes has finally broken his duck.  Shrewsbury at home is never an easy cup tie, and Sunderland certainly made it look that way.  It took a moment of magic, if it can be classed as magic against a League Two side, from Januzaj to win the tie.  Burnley will have no interest in the EFL Cup whatsoever, so being taken to extra time will have not made Sean Dyche happy.  My rules from yesterday still count, if you cannot beat lower league opposition in normal time then I am not waiting up for you.  The same goes for Middlesboro, unable to see off Fulham in ninety minutes.  Bournemouth also got their first win of the season, scraping past Morecombe 2-1.  The Cherries will be happy, the last time they played at Morecombe they lost 5-0, so they are getting better.

Manchester United, believe it or not, do keep an eye on the outgoings.  As a result, they have realised that having a former German captain sitting in the stands on quite a lot of money a week does not make financial sense, no matter how pleasant and encouraging he is being to the team.  Schweiny will be allowed to go for free and he says United will be his last club in Europe.  Has he realised they are not in the Champions League this season?  China I reckon.  It has to be China.

West Ham to sign Edmilson Fernandes from FC Sion.  Nope, me neither.  I still play a lot of Football Manager, and he is certainly not on my radar.  Still, in Slaven those Hammers fans trust.  That might well be because he also has Chelsea’s Loic Remy in his sights.  Bilic still wants a striker, and it could well be one of Remy, Bony and anyone else with a four letter name ending in Y.  Come to think of it, I cannot think of another one.

Manchester City are to impose an actual glass ceiling in the tunnel at the Etihad so that fans “can glimpse their heroes” – surely they also get to see them on the pitch, no?  One man very much on the pitch last night was Joe Hart, who must have been disappointed, or relieved, not to actually touch the ball in what could be his final game for City.  He did touch the ball a few times, of course, and his every accurate pass was beautifully celebrated by the City fans.  Yaya Toure lumbered around the middle of the park, slowing things down.  Nice to see he’s still got it.

Hal Robson-Kanu is not a man in a rush and he is certainly a man giving the impression he has lots of offers.  He is going to make his choice after the transfer window shuts, apparently.  That tells me he is going to wait and see which club has screwed up and failed to bring in the striker they need, and then talk them into giving him a deal.  Don’t forget, he and Aaron Ramsey link up quite well…

Jurgen Klopp has been searching high and low for someone to take Ballotelli off his hands.  He has finally struck gold!  The money received from West Ham has barely had time to smoulder in the pocket of FC Sion, let alone burn a hole.  They are prepared to spend a lump of it on the temperamental Italian on a season long loan.  Well, we say a season long loan.  There is every chance Mario might be asked to return to Liverpool in January and no, it won’t be Liverpool asking him to return.