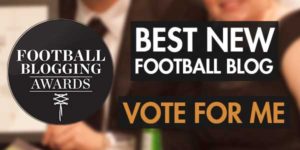 Dear readers, this may seem a little rich coming from the guy that pokes fun at your clubs on a daily basis.  You probably won’t buy the fact I do it out of love of the game, but hey, it’s true.  Read below and you will probably find the five reasons or so to read this post.

Arsenal fans, I know I’ve given Arsene a rough ride in recent weeks but it’s all ok between us, isn’t it?  I mean, you’ve got Lucas and Mustafi now, you’re over the literal moon.

United fans, you’ve barely noticed a word I’ve said as you are still celebrating the Pogba signing like it’s 1999 all over again.

Chelsea fans, if your manager thinks David Luiz for £30m or so is money well spent who am I to comment?

Liverpool fans, you don’t need a left back.  I’m just poking fun at the most obvious gap in your soon to qualify for the Europa League team.

The rest of the Premier League, I love you too.  Spurs, I look forward to the day that Harry Kane scores a goal in August as much as you do.  Leicester, I cannot apologise enough for believing you would get relegated last season.  West Ham, if you want to move to a new stadium that some of your fans don’t like, it has nothing to do with me.  The rest of you, you are in my heart.  I do have one.

Anyway folks the point is I am buttering you up as I need your help.

Tales from the Top Flight has, somehow, been nominated for the Best New Football Blog Award at the catchily titled Football Blogging Awards 2016.  We’re up against thousands of other sites that will tell you all the stuff you can find on the other thousands of sites they are competing with.

One thing I hope you will agree with is that TFTTF is unique, and nobody else reports the day’s news the way we do.  And that, comrades, is why we would like you all to choose your method of giving us your vote.