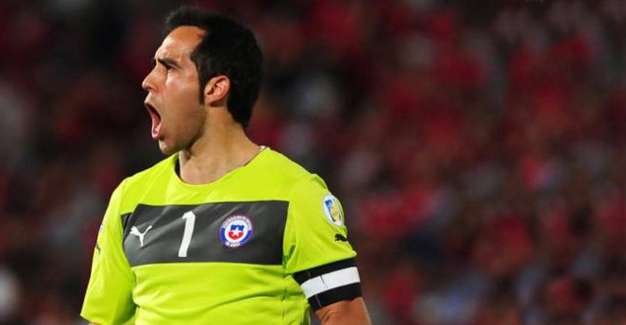 Having trained on his own for the last week (welcome to Manchester) Claudio Bravo is line to make his Manchester City debut in this weekend’s massively over-hyped Manchester derby.  Sky Sports have already started cranking up the “biggest match in the history of the world-ometer” and the footballing world all have to stand still and take note of “the most expensive match ever played!”  What, of course, this really means is we are going to have to watch Jose stifle the living daylights out of the match so that he doesn’t lose face to Pep and, let’s be honest, that is not going to be fun to watch.  If Ibra fires as many shots in the actual match as he did in his Facebook video to Bravo then things might get interesting, but realistically we have a nailed on 1-1 on our hands.  I’d almost go as far as predicting more red cards than goals.  Almost, don’t bet on that whatever you do.

David Luiz is willing to play anywhere for Conte.  It’s almost as if he has realised that Chelsea might be having buyer’s remorse already.

Yaya’s agent has been at it again.  According to the midfielder’s Mr 10%, City will lose fans in Africa over the way Toure has been treated.  They are more likely to support United or even Liverpool now, apparently.  I think that probably says more about an African football fan’s loyalty than Pep’s decision to jettison the lazy, one paced, cake loving formerly decent player.

Benteke was already cutting a forlorn figure alone up front for Palace.  At least now he has someone to share his misery with.  He and Loic Remy can graze on the half way line, talking about how nice it would be to get some service.  To be fair to Pards, he is one step ahead.  He has already realised that for his expensive strike duo to pay the money back, they need the ball.  Sadly, Palace will have to rely on Andros Townsend to supply it.  Pardew also indicated that Wilf Zaha could go on to play for one of Europe’s “elite” clubs.  He has either forgotten that Zaha went to United or it was an intelligent dig at the team from Old Trafford?  I’d go with the first one.

Watford striker Ighalo is not bothered by his recent goal drought.  You can really take that message two ways.  Either he is super cool and confident it will end soon, or he really couldn’t give one.

Gareth Southgate said Rashford’s hat-trick in the 6-1 U21 win over Norway gave Sam Allardyce “food for thought.”  Gareth, he is not called Big Sam for nothing.  He does not need any further reason to think about food.

The FA have thrown Greg Dyke’s egg-timer to winning the 2022 World Cup on the scrap heap, along with their target of winning the tournament.  I am still undecided whether they should be applauded for realising what a ridiculous publicity stunt it was in the first place, or shot to pieces for admitting five and a half years before the event that we do not believe we can win it.  Obviously, we won’t win it, but you don’t really want to give that team any more reason to be rubbish, do you?

WBA first team coach Gerry Francis has said that the rumours surrounding Pulis’s supposed departure had not distracted the team in the slightest?  Really Gerry?  I cannot imagine that Berahino was exactly chuffed when he heard that Sgt Major Tony was sticking around.  The other great thing about this story is that it reminded me Gerry Francis is still in football.  Those of a certain age will remember when he was the “next England manager” along with Mike Walker.  Great days.

This whole Eddie Howe to replace Arsene Wenger thing is picking up steam.  I like Howe, he comes across brilliantly and has made a great start to his managerial career.  But I urge two words of caution.  Owen Coyle