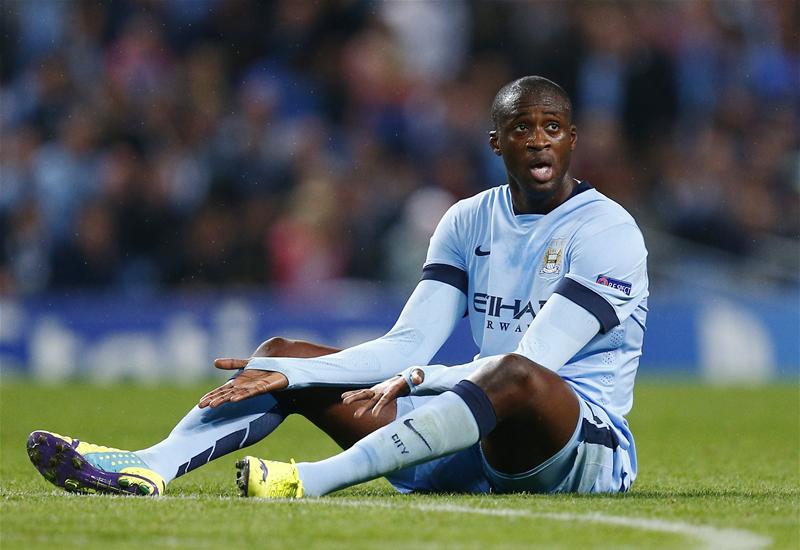 I thought I would start this morning’s column with something very, very funny for once.  Yes, none of the usual tongue-in-cheek, poke fun stuff here.  I am going for downright hilarious.  Yaya Toure’s agent has claimed both United and Arsenal are interested in his client.  I’ll just leave that there for a second and you can decide for yourselves whether there is any point in me continuing today.  I mean, I’m not going to top that am I?

David Luiz, he’s a dressing room delight.  The Chelsea, um, defender flew back to Paris purely to play some goodbye pranks on Aurier and Trapp.  Ah, Costa and Ivanovic are two lads who look like they enjoy a bit of a giggle in training.

Chelsea are not the only club interesting in signing a free agent now the window has shut.  Pardew is looking to replace Jedinak on the cheap and has his sights firmly set on the former Gunner Flamini.  Why Flamini would want to sign for a manager that is highly unlikely to still be there by Christmas is beyond me.  He’d be better off going to join Eddie Howe’s Arsenal tribute act down at Bournemouth.

Yesterday we reported that a “study” revealed that Eric Bailly was the most overpriced signing of the transfer window, which felt a little harsh on the Manchester United defender.  Bailly need not worry, he has Lee Sharpe in his corner.  The former United playboy has called Bailly a “rock” and believes that with him at the back United are building the foundation of something very beautiful.  David May agrees too, joining in the interview as if he’d been a massive part of it.  If you get that one, I’ll get a rough idea of how old you are.

Players everywhere are declaring themselves fit and available for the weekend, which is good news for some teams and not so much for others.  Sadio Mane is raring to go for Liverpool but sadly for Arsenal so is Olivier Giroud.  The thought of Olivier Giroud constantly makes me think of Niclas Bendtner who has talked himself into a move to Nottingham Forest.  That just goes to show, eventually you do have to shut up and let your football do the talking and that is what Niclas did.  And that is why Niclas will be lining up at the City Ground very soon.

Christian Eriksen has signed a four year extension at Spurs.

I saw some punditry that made me throw my coffee at the laptop as well.  ESPN paid someone to come up with the nugget that David Silva and Kevin de Bruyne are going to be vital to Manchester City this season.  Considering one has been their true player of the year for many of the last few seasons and the other cost £50m I fail to see how this is new news.  Incredible.  That said, if anyone wants to pay TFTTF money to state the bleeding obvious, I’ll gratefully accept it.  Plus I know what an inverted wing back is/does/doesn’t do.  Honest.

The European Club Association have thoroughly backed the plans to allow top tier nations to have a guaranteed four teams in the Champions League very soon.  Considering the European Club Association is run by people linked to clubs in top tier nations this should not come as any great surprise.  If they had thought it was a bad idea it would have been akin to turkey’s actually voting for Christmas.  Anything that helps the richest clubs get richer, right?