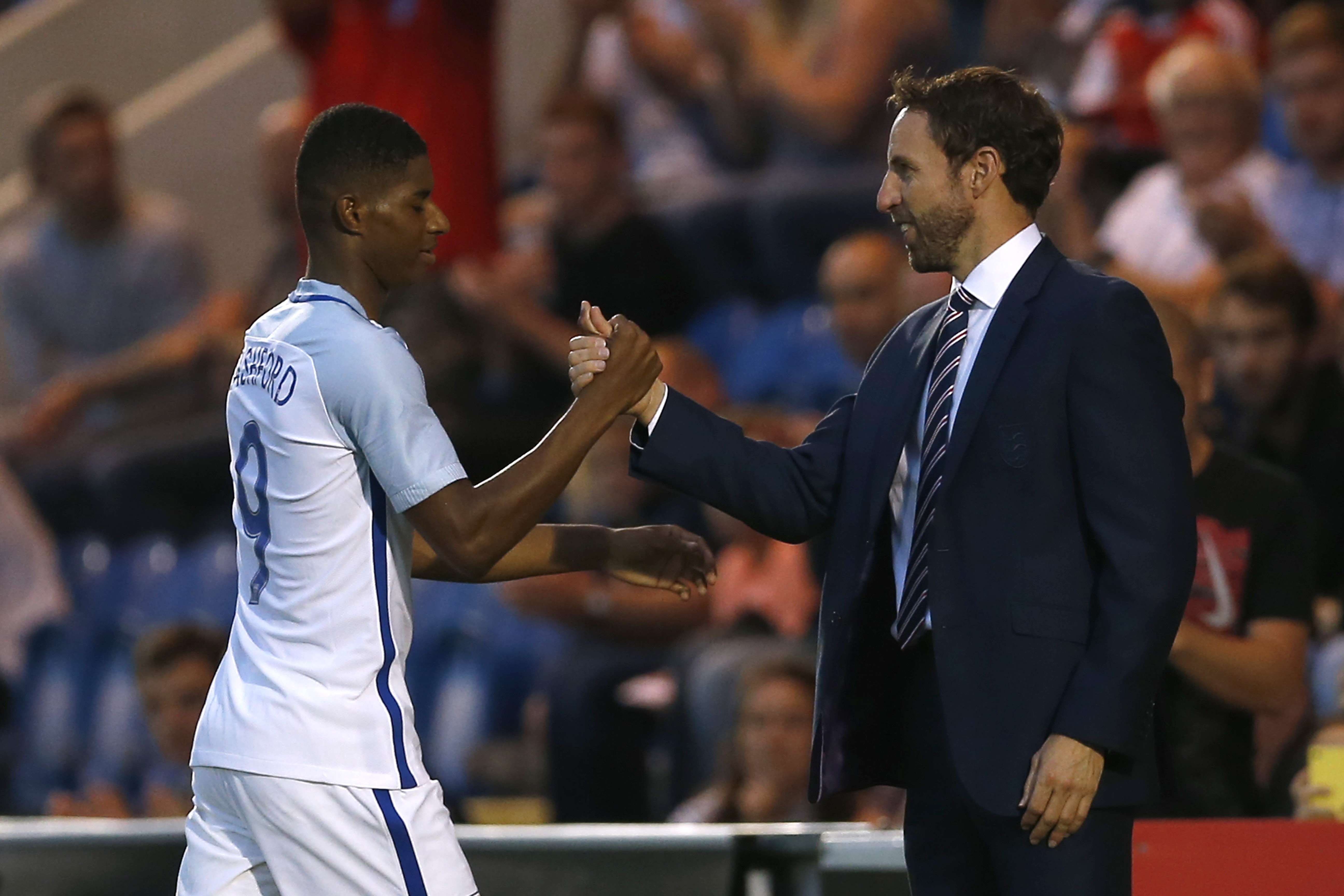 Marcus Rashford is, as we have said before, a level headed lad and he celebrated his England U21 debut hat-trick by going to watch tenth tier Bacup and he paid to get in.  Nothing says level headed more than a soon-to-be multi-millionaire footballer paying to watch non-league football, especially a team with several of his school mates that were, basically, not as good as him.

Eddie Howe is revealing just how broken Jack Wilshere is.  According to the now-not-future Arsenal manager, the way to get Jack fit is for him not play football.  Or train.  By that reckoning Eddie, Jack should be the fittest player in the land.

Hazard has had as many digs at Mourinho as he scored goals last season.  Now the Belgian is waffling about Conte knowing how to treat players.  Actually, it is hard to argue with Eden on this one.  Jose does have a teeny-tiny track record of falling out with players.  Just ask Iker, Bastian and, this week, Matteo Darmian who is off to Juventus in January.

Pep is getting it in the neck this week.  First Schmeichel calls him lucky and says he made Bayern boring, now Mini Raiola says he “doesn’t have the balls to sit down with him.”  That’s probably because Pep knows it will cost him 10% of several million Mini.

Let’s talk some real football issues.  England’s kit deal is in jeopardy due to how badly they played against Iceland.  It is no great loss, that current kit is as hideous as the result.

All that work Pardew has put into training this week, working out intricate patterns of play where Palace can smash it forward to the big lad (Benteke) who can flick it on to the little quick lad (Remy) has gone to complete waste.  Remy has picked up an injury and is out for two months.  In better news for Pardew, the person who was earmarked to win the ball back before they smash it forward has signed.  Flamini is now a Palace player.

Leicester are close to appointing Eduardo Macia as their new head of recruitment.  The ex-Valencia man replaces Steve Walsh who has gone to work miracles at Everton.  Macia has a fine track record of finding gems for Valencia and moving them on at great profit, so Leicester’s cunning work in the transfer market may well continue.

Kloppo clearly has his finger on the Leicester pulse.  Ahead of their weekend showdown the German manager commented that Leicester are “big, strong and quick on the counter attack.”  Yeah, that has pretty much nailed it Jurgen.  Give your chief scout a nice big bonus.

I know he is very much second tier now, but I cannot resist looking at Niklas Bentdner in the same way you can’t not look at a car crash.  The Dane is insisting he is not back in England chasing “fast cash.”  Trust me, if the cash is fast Niklas will not be chasing it.  He demands the cash to feet otherwise he is not interested in playing.