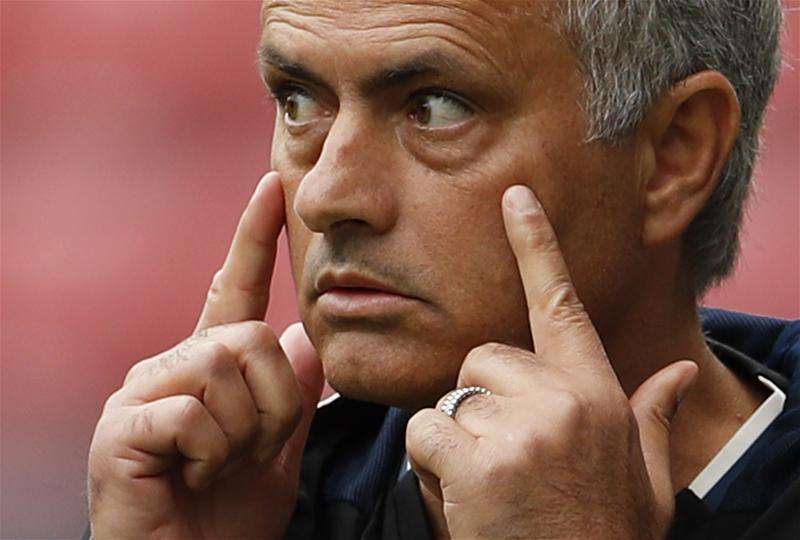 If anyone thinks the feud between Jose and Arsene is just for the cameras, think again.  Jose turned up late for a talk being given by Sir Alex Ferguson at a UEFA conference.  The nearest seat was next to the Arsenal gaffer.  Did Arsene pat the seat and offer him a biscuit?  Hell no, leading to several of the other managers in the room to snigger behind their hands at Jose’s misfortune.

Conte is keen to put David Luiz’s mind to rest and intends to play him as a centre back.  Whether Luiz has learned the discipline to stay there is yet to be seen, so JT is probably brushing up on his Portuguese for “here, here, now.”

Goalkeepers don’t tend to do anything well post retirement except, maybe, coach other goalkeepers.  They certainly make lousy pundits.  I give you two prime examples that passed through the airwaves on Wednesday.  Exhibit A – Shaka Hislop.  The ex-Newcastle keeper thinks Rashford should show more ambition and less humility and demand a starting place for both United and England.  Does Shaka seriously believe an 18-year-old who has forced himself into both United and England reckoning in less than a year, scored on pretty much every major debut he has had and seems to be squeaky clean is lacking in ambition?  But we can even beat that today.  Exhibit B – Peter Schemichel.  Kasper’s dad thinks Pep was “lucky” at Barca and made Bayern “boring.”  Even if Pep was “lucky” to have such a good group of players at Barca, he still changed the way they played, thought and won.  And at Bayern?  Yeah, rewriting the way Germany thought about football was very “boring” right?  Mind you, Peter also thinks United are still “by far the biggest club in the world.”  It’s definitely a discussion point, but it is the insertion of “by far” that probably makes it difficult to prove conclusively.

Goalkeepers should be more like Frank Lebeouf when it comes to punditry.  He has said his 1998 World Cup winning team-mate Patrick Viera was four times better than Paul Pogba is now.  That’s a fair shout, but Pogba certainly has better hair and a much more advanced grip on the ins and outs of social media.

Sadio Mane has won the player of the month award.  I know managers tend of have a shocking time of it after winning the poisoned chalice, but does anyone know the record of players following receiving such a trophy?  I probably won’t remember to check, but the Liverpool player has certainly impressed since being promoted from Liverpool’s B team.

Tottenham head honcho Daniel Levy is very keen to see NFL played at the new Spurs stadium.  I don’t believe he was inspired following the state of the clash with Chelsea at the end of last season, knowing Levy it is more likely to be down to the potential of hard cash.  Still, Spurs fans will be happy providing Levy doesn’t replicate the Arsenal model of putting the new stadium before transfer fees.

Following the Euro 2016 disaster Roy Hodgson is considering retiring from the game.  Fancy having a chat with Wayne, Roy?