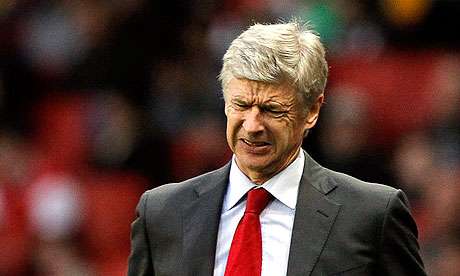 Arsene Wenger believes he has a squad capable of a “deep run” into this season’s Champions League.  Note, I am commenting on this before Arsenal’s match with PSG so he is either right following a classy 2-0 win or completely wrong as PSG eased for a 3-1 victory.  Either way, what does Arsene class as a “deep run?”  Does he mean avoid Barca or Bayern in the knockouts?  Probably.

Lukaku got his hat-trick in a mere 12 minutes on Monday night.  He clearly needed the goal bonus to pay that air fare.  Koeman has sent him to Chile now, as it will cost £12k for him to fly back and almost guarantees 4 goals in their next match.

David Moyes noticed that Sunderland made it “very, very easy” for Everton.  That is what they are paying Moyes for, that level of observation.  To be fair to Moysey, he has been bang on with his analysis so far, previously noting Sunderland are “in a relegation battle” already.

West Ham feel Tuesday is an appropriate day to remind the world they are actually renting the London Stadium, they were not given it for free or anything.  Crowd trouble in the first three matches?  “Not our fault guys, it’s up to the landlord, see.  It says here in the rental contract that they are supposed to provide the police to make sure our fans behave.”  The police have said they are not providing anymore police cover at West Ham matches, as even the police don’t want to go to a ground where they cannot see the pitch.

In a busy day for West Ham they are also investigating the deal to purchase Masuaku for £6m.  They are concerned they over paid and, following their battering by Watford, they are probably right.

Eric Dier has signed a new five year deal at Tottenham, joining Eriksen in committing to the long term.  All this is great, but what happens when Poch disappears to a big club next season?  Moussa Dembele is back for the Monaco match and Poch is not making any special plans for the French lads.  That could go very well then, they are rather good.

Jose has admitted he sent a flurry of flirtatious text messages to Pogba to persuade him to sign for United this season.  Pogba is just like the girl who dupes the guy into chasing her and chasing her and then once he has got her she lets herself go.  She doesn’t make the effort, she doesn’t dress nicely for a night out, she would rather stay at home then let the guy take her out and show her off, she fails to turn up in the Manchester derby.

Danny Drinkwater has not been put off by Leicester’s ropey start to the season.  He has his eyes firmly trained on winning the Champions League.  I’ve learned the hard way not to laugh when a Leicester player makes an outrageous claim.  They play Brugge tonight with the Belgian fans somewhat underwhelmed to be playing the English Champions.  How rude.

Everything is falling into place nicely for Hull to rule the football world.  Talks with a Chinese/American consortium are back on, meaning they will have plenty of money to invest in next season’s Champions League campaign.