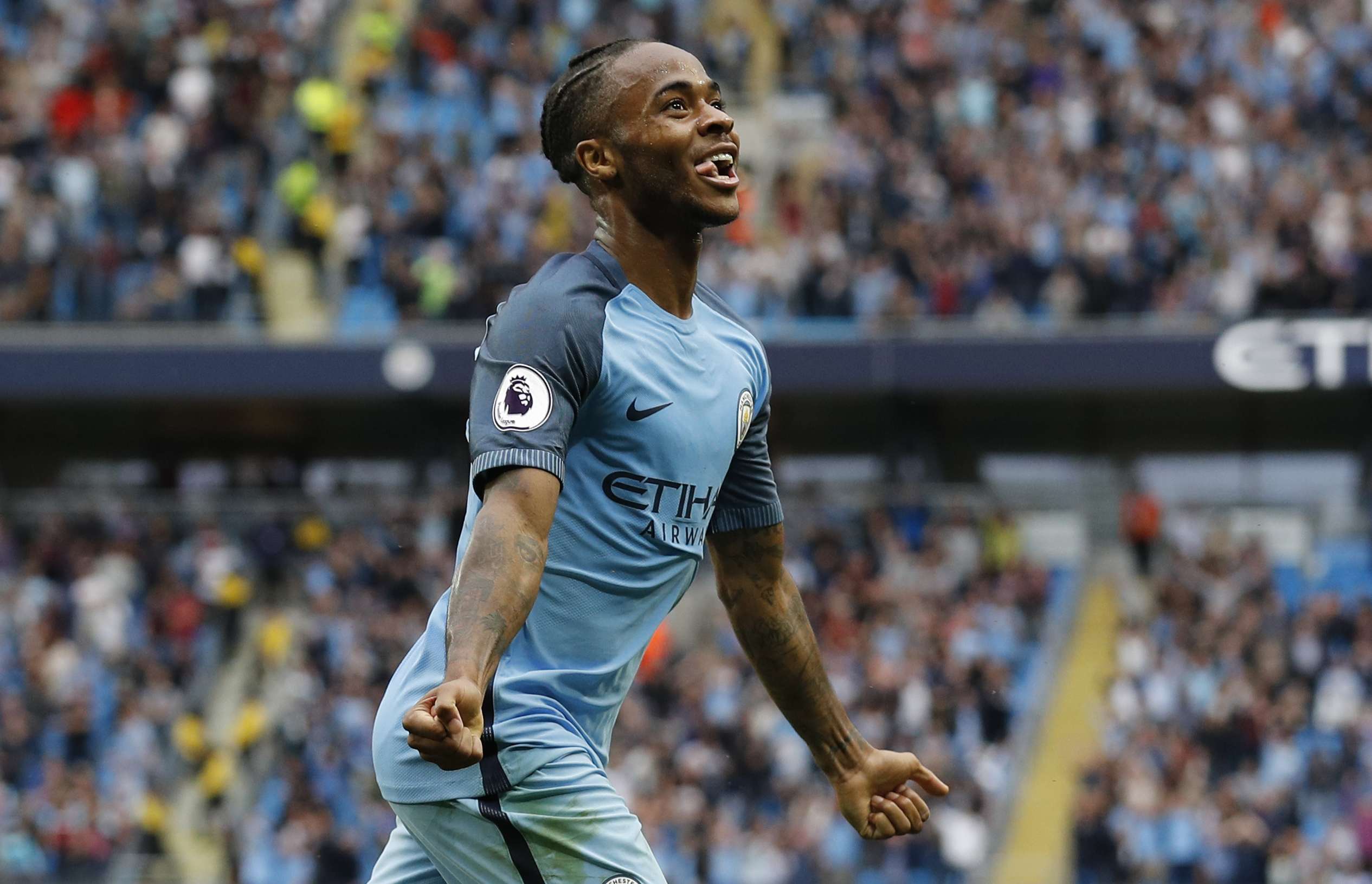 You’ve got to feel for Raheem Sterling.  The several hundred thousand pounds a week he earns does not mean he isn’t a sensitive soul.  Raheem found criticism of his performances last season “unfair” and “over the top” which is ironic as that is exactly where most of his shots for City and England ended up last year.

Pep is demanding that his team must improve if they are to properly challenge for the Premier League and the Champions League this season.  Pep clearly sees beating teams like Manchester United as one thing, but knows that City will have to be a whole lot better when they come up against actual Champions League clubs.  Nolito seems to be struggling with the English language.  The Spanish forward called Bravo’s debut “spectacular” in interviews on Monday.  I am not sure Nolito has completely grasped the meaning of the word spectacular yet.

Gary Neville is smarting from being cast aside by England, following the dreadful Euro’s campaign.  That, coupled with a bad time at Valencia, has seen the United legend threaten not to coach again in the next five years or, worse still, never again.  I’d like to see Gary involved somewhere again soon as he does actually say it how it is rather than hide behind managerial clichés, but if you do attach yourself to Roy Hodgson sadly you are going to end up with tar from a brush eventually.

Jack Wilshere is stalling contract talks with Arsenal as he sees himself as a Bournemouth player right now.  That is either commendable focus from Jack or he doesn’t really understand how a loan transfer works.

I normally like what Zlatan has to say.  Sadly, I think he was a little lazy on Monday.  Claiming anyone that doesn’t see what the big deal with Pogba is as “jealous” is far from insightful.  Mind you, Zlatan is not known for wishing to share the limelight with any player so if he rates Pogba maybe there is something there.  Still, signing him will possibly only increase that £500m revenue Ed Woodward was bragging about yesterday when United released their accounts.  Since when did a club releasing their accounts become anything of interest unless it is a big club admitting they are about to go belly up?  If you care that United made £500m revenue then you need to go and lie down.

Jurgen Klopp thinks Liverpool should build a new stand every week if he can continue to get performances like that out of his team.  If they build another new stand, how high will the cameras be next time?

Daftest conversation of the week has already got a clear winner.  Following Diego Costa’s acrobatic overhead equaliser against Swansea that, admittedly, nearly decapitated Kyle Naughton there have been calls to ban the skill that made Pele properly famous in Escape to Victory.  First you are not allowed to tackle, now they want to prohibit overhead kicks.  All they have to do is go after heading the ball and there’s nothing fun left for me to try in training anymore.

Papa Souare suffered a broken leg after a nasty car crash on the M4.  Normally the only car crash to do with Palace is Alan Pardew dancing on the sideline.

You know it has been a dull column from me when you are waiting to hear about Everton and Sunderland.  Well, if Lukaku was really that annoyed with Everton for making him pay for his own plane ride home he has a funny way of showing it.  Moysey had suggested he was one world class striker from winning something at Everton, and now Everton appear to have a world class striker being managed by a very good manager.  Sunderland 0, Lukaku 3.  Maybe they will reimburse him now?