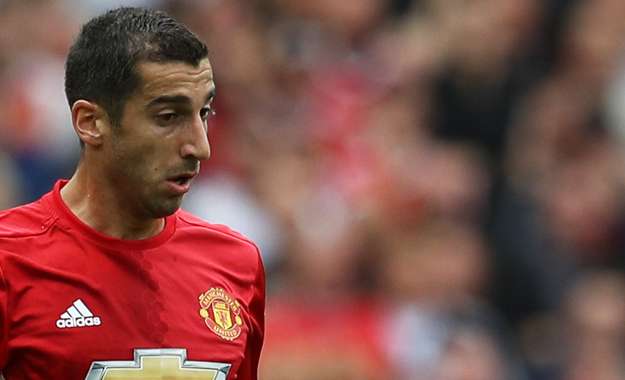 Footballers don’t always get a good press, especially from this column, but credit to the Manchester United lads who turned up at the death bed for a dying granddad to grant him his last wish.  Lingard, Rashford and Fosu-Mensah all spent time with the gent who passed away 45 minutes later.  No gags, no punch-lines, just respect for doing something nice.

Fair play to Ronald Koeman.  Not only has he got Everton looking pretty decent this season, he has broken free from the “praise all players even when they play rubbish” mantra that his predecessor specialised in.  According to the Koe, Barkley needs to buck his ideas up.  Maybe Big Sam was right to drop him from the England squad?

Big Sam feels England’s biggest challenge in their World Cup Qualifying campaign will be complacency.  Complacency?  How can a team that got beaten by Iceland be even a little bit complacent?  That is what you are there to manage Sam, bang some heads together, drop some big names, just don’t roll out the arrogant clichés that we’ve heard for the last 50 years, please.  Oh, for an extra giggle, Spain are ranked 11th in the world and England 12th according to FIFA’s latest rankings.

Mino Raiola, you can’t shut him up right now can you?  According to the agent with the biggest mouth in football, Zlatan wishes to end his career at Napoli.  The biggest question to come off the back of that statement is, “why?!”  Then again, if his autobiography is anything to go by, this statement probably came from everyone other than Zlatan himself.

The Arsenal board of directors have locked Arsene in the cupboard and gagged him.  This is the only way they were able to get Alexis’s proposed contract of £200k a week under the nose of the Chilean.  Alexis is thought to be very happy with the offer, and when Arsene was asked to comment, well you can do the rest I am sure.

Conte says Fabregas is still very much part of his plans.  Yes, the Chelsea boss has some very clear ideas on where Cesc fits into his new regime.  There’s those bibs over there for starters, and if he does that well enough he might get to captain the B team in some Carling Cup matches.  Mind you, I said that about Victor Moses, and he seems to be a regular frequenter of the last 20 minutes at Stamford Bridge this year.  As ever, I know nothing.

Once again Steven Gerrard has felt the need to remind us that he is good buddies with Jurgen Klopp, but Liverpool still haven’t made him a coaching offer.  It is almost as if Gerrard would like to do some coaching at Liverpool, as he seems to drop it into every single interview he gives.  Maybe take the hint Stevie?

I tried to ignore this story, but the obvious line of approach got the better of me.  City have signed a deal with some kind of robot company.  Is it coincidental that it is at the same time as they employ Pep as manager?  Maybe he has seen enough of his players and decided that if he wants to people who can follow his instructions to the letter, then it will be better to… actually forget it.  There was a reason I didn’t include this yesterday.

I love Ranieri like a slightly nuts Uncle.  The Leicester manager, still smiling after turning over Brugge 3-0, suggested that the mere sound of the Champions League anthem has woken up Riyad Mahrez and we might start seeing more of the player who delighted us last season.  That is class man management from Ranieri, politely calling out his player in public in such a nice way that all you can do is smile.

Former Liverpool player Dirk Kuyt was said to be disappointed that Wayne Rooney wasn’t selected for United’s trip to Feyenoord.  I think that was mainly because Dirk didn’t want to look like the oldest, slowest player on the pitch.  Jose’s total lack of interest in the competition was clear as United fell to a 1-0 defeat.  Still, only another five Thursday nights for United to suffer.  Naturally, Mourinho put the defeat down to a “clearly offside goal.”  Naturally I am putting it down to another poor show by Mou and Pogba.  I am that old I remember when Mourinho didn’t lose matches.

Puel got a much needed win to, maybe, kick start his time at Southampton.  Charlie Austin scored two on his European debut which means he could be catapulted to the levels of Rickie Lambert and Kevin Davis before him.

Shokhran Mustafi has revealed he used to be a striker.  It’s ok Mustafi, so did (insert your own now rubbish striker here for maximum comedic effect).