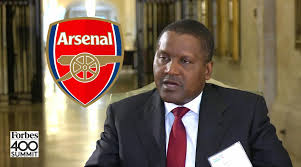 Are Arsenal the victims of a Nigerian email scam?  Surely not!  Late yesterday morning an email pinged into the Emirates inbox informing them that Nigeria’s richest man, Aliko Dangote, is ready to buy the club for millions of pounds.  All Arsenal need to do to make this incredible deal happen is send Dangote Olivier Giroud as a deposit, and then he will transfer all the money over.  Or something like that.

Mary Berry has decided that she is going to stay at the BBC, meaning Channel 4 have paid big money for a name that really needs its supporting cast to make it as good as the price tag suggests.  Sound familiar Pogba, eh?  Missing the Juventus midfield are you?  I mean, it is not as if he set the world alight without his Juve team mates in France over the summer, is it?  Incredibly, Channel 4 actually paid less than United.

Carrick is adamant he has nothing to prove to Jose having run the show against a side struggling in League One.  I can see Carrick’s point, if United do run around the least in the league then he could definitely still do a job.  Jose has hit out at all us “Einsteins” having a dig out how he has underperformed in the last week.  He probably has a point, but being right doesn’t make the situation any less amusing to write about.  He needs to be careful about harping on about his 16 year career to date because, frankly, people are only interested in what you are going to win next and, on current form, that looks like the “third manager to fail since Fergie” competition.

Ryan Giggs is apparently being lined up to replace the still in the hot seat Guidolin at Swansea.  Well Ryan, it wouldn’t the first time there has been a bit of an overlap, will it?  Imagine Giggs and the Swansea chairman having secret dinners in a dark corner of a restaurant and you could imagine Giggs fully within his comfort zone.

Kompany hobbled  off on his City comeback.  Standard.  The captain’s injury probably won’t worry Pep too much as he might be off to manager Sunderland soon, if you listen to Yaya’s agent.  In a world where there are a lot of idiots making a lot of money out of the game, Yaya’s agent is as top of the league in that respect as City are in the Premier.

As Conte prepares to become yet another Chelsea manager to get the better of Arsene Wenger, the biggest dilemma for the Italian is whether to keep Cesc Fabregas in the side.  What should he do?  Will it even matter?  Everyone is going to be watching Diego Costa anyway, right?  Conte has been beasting his players in training since losing to Liverpool last Friday, so there is every chance that Arsenal could be rolled over by their frenzied rivals.  Still, the message to Luiz has to be clear when marking Perez.  “Show him on to his right, show him on to his right!”

PS:  Wanting more of this, but on television you say?  I’ll be on FANTVuk tonight around 1930 GMT – head to Sky 212, find it on Freeview or watch it on Facebook Live or YouTube.  I’ll be with Toby Tarrant, except he will be cold in London and I’ll be on my balcony on the Costa Blanca…