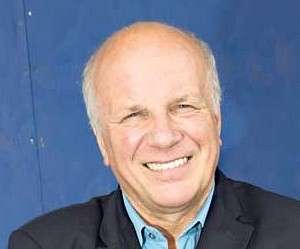 I hate boring football weeks like this where nothing happens.  Don’t you?

When an England manager gets pretty much sacked, the one person I want to hear from on the subject of morality is Greg Dyke.  Sure enough, the man who has been at the top of at least two significant fear peddling media companies spoke up yesterday saying “the England manager must be whiter than white.”  I can see why FIFA disbanded their anti-racism forum now, it makes perfect sense.

Allardyce spoke yesterday morning, saying “entrapment had won.”  I spent all day trying to come up with some witty line to go with that and failed miserably.  I think I’d rather lose my job to entrapment than Gareth Southgate though.

Allegedly there are eight current or former Premier League managers on a list (with equally alleged evidence) that have taken a bung for transfers.  The Telegraph are on fire this week.  See, I have less of a problem with them exposing this kind of stuff, though they have exposed not very much at all as we all kind of know it goes on.  It has started rather a fun game of looking back over crazy signings in recent seasons and working out if the “bung police” might be looking a little closer at them.  I’ll let you make some suggestions.

Leicester are taking to Europe like Allardyce to the England job.  They might only be in it 67 days but boy are they going to enjoy it.  Ranieri, once again displaying man-management skills others dream of told Slimani to go and prove he deserves his nickname of “dragon slayer.”  Slimani replied with the winner against Porto.  Jamie Vardy has declared his secret potion for being so quick.  More Red Bull than Big Sam could fit in a pint glass full of wine.  Vards cares not for his future diabetes, he just wants to run as fast as he can until the music stops.

West Ham were off on a bonding session following their recent form.  It ended up with a 7am visit to McDonalds.  Well, eat like a pub team play like a pub team, right?  Andy Carroll and Darren Randolph are also “being investigated” for an all-day drinking session.  Trust me, even after 7 years sober, if I was having to watch West Ham week in week out currently I’d turn back to all-day sessions in an East End boozer.

I reckon Theo Walcott has been on both Red Bull and McDonalds the way he has started the season.  Theo reckons it is all down to old fashioned “hard work” but I am not so sure.  The wannabe striker scored both goals in Arsenal’s 2-0 over Basel.

Pep was always going to get found out, wasn’t he.  Just I doubt many of us expected it to be by Brendan Rodgers!  Celtic, having been humiliated more than once this season in Europe, drew 3-3 with City up at Celtic Park, the kind of result that is going to give Rodgers the kind of self belief we all know he is better off without.