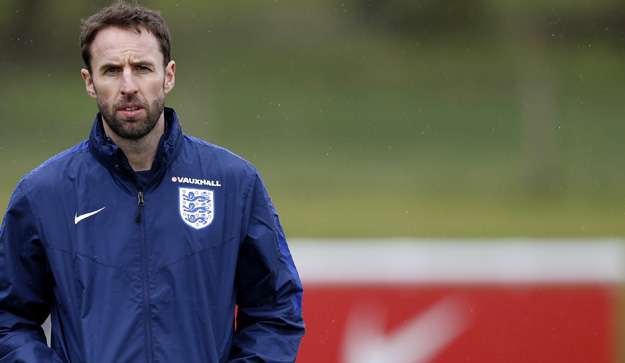 Oh, I do enjoy international breaks.  They bring out the best in this blog.  Shall we just get the England chat out of the way?

Ok, so Southgate is in charge and boy is he ringing the changes.  All that time spent seeing the younger talent available in the country and turning them into a decent side meant he was always going to bin off some of the dead weight in the senior squad.  What?  He named Wayne Rooney as captain?  Eh?  He’s said it was the easiest decision he will make this week?  Oh god.  Gareth laid down a massive marker to the future by recalling Glen Johnson in the absence of Nathaniel Clyne.  Raheem Sterling took one look at Pep, then another at Southgate before feeling his hamstring tighten meaning he gets a week off and Andros Townsend gets to train and not pay for his ticket to watch the match, probably from a better seat too.  Southgate also said the England team needs leaders, before promptly announcing he had picked almost exactly the same spineless wonders that had failed against Iceland.  That lot couldn’t lead Big Sam into a trap laden with £400k.

Speaking of Big Sam, he could well be off to the MLS who have a notoriously difficult financial set up full of restrictions.  Still, that gives him something new to find loopholes in, right?

As expected Swansea gave Guidolin the heave-ho but it was not Ryan Giggs summoned to replace him.  No, Swansea’s American owners have decided that Bob Bradley should be the first American to manage in the Premier League.  Bradley immediately likened himself to Pep Guardiola.  I have to admit, I was laughing so much I forgot to read the rest of the article.

If Bradley is a slightly older, more Atlantic version of Pep he too will love a goalkeeper that strikes fear into the heart of anyone watching them.  You may recall that Joe Hart was sent to Italy to be replaced by Claudio Bravo, because he was “so good with his feet.”  Not so good when he has people running at him very, very fast it would appear.  Mind you, the other one Pep fancied, Barca’s Ter Stegen, also demonstrated a slight weakness to being put under pressure with the ball at his feet on Sunday night and gifted Celta their 4th and decisive goal.

Finally, you can tell Mustafi hasn’t been at Arsenal very long.  He believes that the Gooners will make a title challenge this year, and can’t see any reason why they will not win the title.  Mustafi, we have been here once or twice before.  Let’s see if you are still saying that in October 2019 like many good players before you.  Having finally caught the highlights of Burnley and Arsenal it was clear to see what the Premier League’s gift was for Arsene on his 20th anniversary.  Nothing like a handball winner deep into injury time to say well done for sticking around that long.