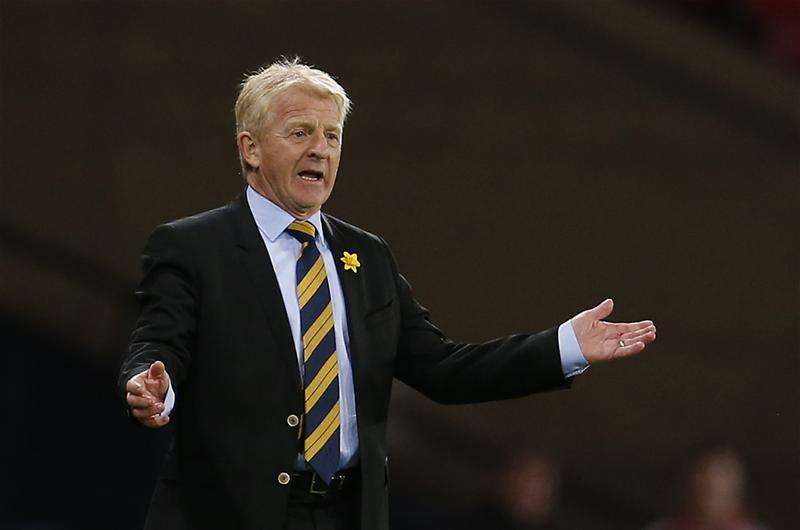 After yet another mind numbingly dismal performance by the Scottish International side, pressure is mounting on beleaguered Scotland National manager Gordon Strachan.  Images of Strachan leaked to the press earlier on this morning suggest that the former ginger is looking to jump before he is pushed; in the pictures Strachan can be seen east end of Glasgow, suited and booted, briefcase in hand.

The so far anonymous photographer followed Strachan taking further shots of his actually entering the manager’s office and shaking hands with officials inside before entering and the door being closed. Understandably the rumour mills are working overtime and sources inform that the Assistant Manager’s post in Parkhead has been vacant for some time now, but executives, perhaps tipped off about Strachan’s perilous position within the Scotland set up, refused to advertise the position, instead preferring to hold out in order to get their man.

If successful, an announcement is expected later on today and Strachan could be paraded as the new Assistant Manager of B & Q Parkhead, Forge Retail Park, Glasgow,  by close of business.