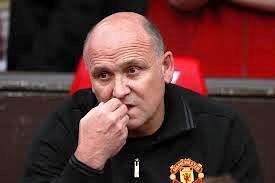 It was one to forget for Mike Phelan as he finally got a chance to prove he was more than just a quality understudy after being offered the Hull City job.  However, a dominant Bournemouth showed them up demolishing Hull 6-1.

A saving grace for Phelan was the fact that only 27 Hull City fans made the journey down to Bournemouth, cramming into the only 12 cars in Hull.

The new Bournemouth tactic seems to be fire enough shots and some of them will go in, but the hit and hope tactic paid off because although the air at Bournemouth was rife with the noise of the ball bouncing off the post, eventually the home crowd were given things to cheer about.

It seems Mike Phelan will have to be back to basics on the training ground as much to Robert Snodgrass’ surprise it turns out sliding in two footed in the penalty area can lead to a penalty being given.

David Marshall will be glad to hear of the flu epidemic going round Bournemouth as he will be in no danger of catching that either.

Mike Phelan will be glad to know that his future is safe for at least another game as any chance of a takeover going through will be put on hold for a week, with Hull City making themselves seem about as attractive an investment as urine flavoured lolly pops.

Meanwhile at Stamford Bridge Chelsea passed on their advice on how to poorly defend a Premier League title by condemning Leicester to a 3-0 defeat. Kante marked his first match against his old squad with a man of the match performance.

Leicester manager Claudio Raneiri quoted “strange” goals being his sides downfall, ignoring the real issue that Leicester had which was less possession, less shots, less corners and more fouls.  It also probably didn’t help Leicester that they had no shots on target.

Sunday was a bad day to be a Burnley fan, as was Saturday, as is today, but thats besides the point. They travelled to Southampton, many Burnley fans experiencing the coast for the very first time.

Because it was the sea breeze that caused them to be outclassed by the Saints, the only person not feeling said breeze was Tom Heaton.  Burnley’s keeper was the warmest player on the pitch, being the one saving grace for a side that didn’t ever really look like making an impact on the game.  It’s not often a keeper can be praised for letting in three goals, but if it wasn’t for him Burnley could have lost by hundreds.

Tom Heaton was finally broken by a game of pinball on the line ending in a Charlie Austin goal. In fact Southampton only managed to break the keeper during set pieces, another corner leading to Redmond’s goal.

Sean Dyche was looking worried in the dugout, trying to work out what excuse he’d be using in his post match press conference.  Luckily Mike Dean was refereeing and the most easily baited ref in the Premier League duly delivered.  Burnley had a penalty disallowed which Sean Dyche clung onto as the excuse for his side losing, nothing to do with them having all the attacking presence of a tabby cat in a lion’s den whatsoever. Southampton’s 35 shots may have just about broken Burnley, penalty or not.

It was a good day for amateur dramatics though as both teams got given penalties for dramatic falls in the box, that could only have been improved if they were directed by Michael Bay and caked in explosions.

It turns out that despite the famous song, Burnley do not like to be beside the seaside.

Stand Up Comic/ Presenter based in the south west of England.