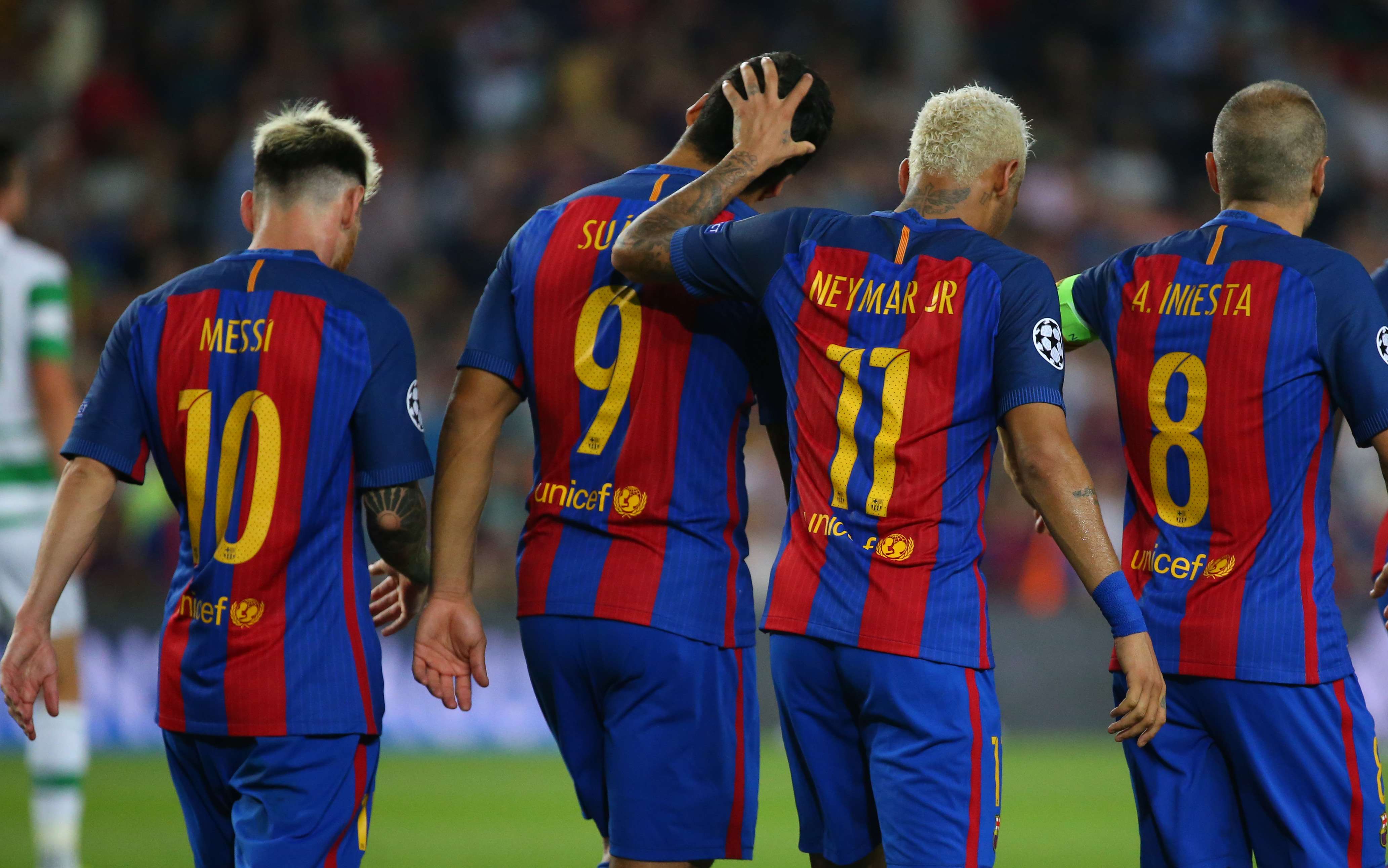 Pep is a bit like the Dad who left for another woman.  It didn’t go as well in the next relationship as he hoped, having left Barcelona and now he is with another woman, Manchester City.  Last night Pep took his latest squeeze back to his old neighbourhood to introduce his new step-kids to Leo.  Leo wasn’t too impressed with Pep’s new family and decided to rip them to shreds all evening and Barcelona certainly put on their best lippy and frock to show Pep what he was missing.  Claudio Bravo is the troublesome step-kid that Pep feels like he needs to keep sticking up for, whilst wishing he could be like his real kids.  Regretting sending Joe away to boarding school now, Pep?

Just when you thought Premier League footballers could not have the mick ripped out of them anymore, three of them decide to go on Gogglebox.  Jamie Vardy, Alex Oxlade-Chamberlain and Daniel Sturridge clearly have nothing better to do with their spare time than feature in a “reality” TV show.  Yet footballers do not live in this reality, so is it a “reality” TV show?  I don’t know, I have never watched it but I can only presume that the Ox would be better off trying to keep his place in the Arsenal team, Sturridge could put that time in to committing to Kloppo’s intense pressing game and Vardy, well to be fair he can do what he wants as he is now performing quite well in the Champions League.

Champions League performances are not enough for Mister Ranieri though, and rightly so.  The Leicester manager is “proud” at how his team transforms to the sound of the Champions League music, but “angry” at how they change into a team that cannot win away as soon as the “Match of the Day” theme tune draws near.  Still, it won’t matter when they lift the biggest trophy in football.

Arsene has said, loudly, that Arsenal must challenge for the title if they are to be able to keep Ozil and Sanchez at the club.  He said it loudly enough so that Ozil and Sanchez could hear, as it is really down to those two if Arsenal are going to properly compete this season.  They both seemed to be listening as Arsenal destroyed Ludogorets 6-0 in the Champions League.  Theo Walcott scored a goal that Theo Walcott doesn’t score, belting it in from miles out.  Ozil was also listening to Arsene, netting Arsenal’s 4th running on to an Ozil type pass to score and the 5th and 6th to claim a late hat-trick.

Fenerbache’s flight to Manchester had to take an impromptu stop after a big bird crashed into the cockpit window.  Despite rumours, it wasn’t Fellaini leading with his elbows a day early.  Jose has said that sending Rashford to the Euro U21 Championships in the summer wouldn’t make sense considering he should be an established full international by then.  I wouldn’t worry about him getting burned out Jose, it won’t be long before you are picking Ashley Young ahead of him every week and he can get plenty of rest.

Apparently WBA’s Chris Brunt lifted the equivalent of 40 elephants, virtually completed 10 triathalons and stood one leg for a month to battle back from his career-threatening injury.  That is serious commitment to wanting to play for Tony Pulis once again, not something the majority of professionals would go through the pain barrier for, I am sure.

Big Sam must be licking his lips.  His predecessor in messing up his England legacy, Roy Hogdson, will pick up a staggering £8m a year if he takes the job on offer in China.  That’s not a bad wage rise for a man paid £3m a year to lose to Iceland.