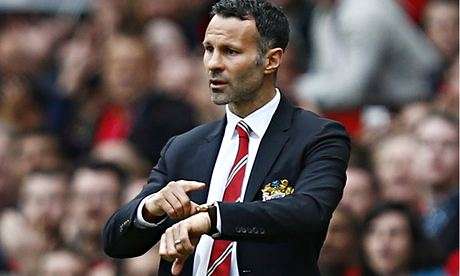 So, has anyone worked out what “globality” actually is yet?  No, didn’t think so.

Ryan Giggs has finally made a decent point.  I knew if I saw enough of him eventually we would get there.  He suggested that smiling and swapping shirts when you’ve just had your pants pulled down at Stamford Bridge may not have been the wisest move by the current United squad.  I actually wish Roy Keane had been on punditry duty at the game, can you imagine the reaction?

Sean Dyche seems prepared to undo all the good work he has done with Burnley this season.  Yes, having got away with it once he now wants to have another go with Joey Barton.  Come on Sean, you are one of the few managers to have not had problems with him I accept but take the money and run on this one.

Just when Yaya Toure thought he couldn’t be any more unhappy at City, a five-year-old fan has gone and made it even worse for him.  The young lad gave Ilkay Gundogan a birthday cake.  Yes, the sight of candles, marzipan and slightly too stale sponge bring back a truck load of sad memories for Yaya.  To make it worse, Gundogan didn’t even offer him a slice.

Pep’s not interested in birthday cake.  He is too busy enjoying some quality red wine.  Yes, the dressing room inquest was not in fact a dressing room inquest but an opportunity for Pep to talk his team through the finer clarets in his life.  Mind you, that kind of thing worked for Cloughie I suppose.

David Moyes gave an interesting press conference, telling the world he has been impressed with Southampton, that he doesn’t feel three games in a week is too much for his players and that Sunderland’s problems have not been fixed by sacking managers.  David, allow me.  Don’t be impressed by other teams, make yours better.  Of course three games in a week isn’t too much for your players, they have barely put in the combined effort for a total of 90 minutes in the whole season and Sunderland have avoided relegation each time they have sacked their manager.  And, at the moment, it looks like if they don’t get shot of you there are slightly doomed.  You work out the ending.