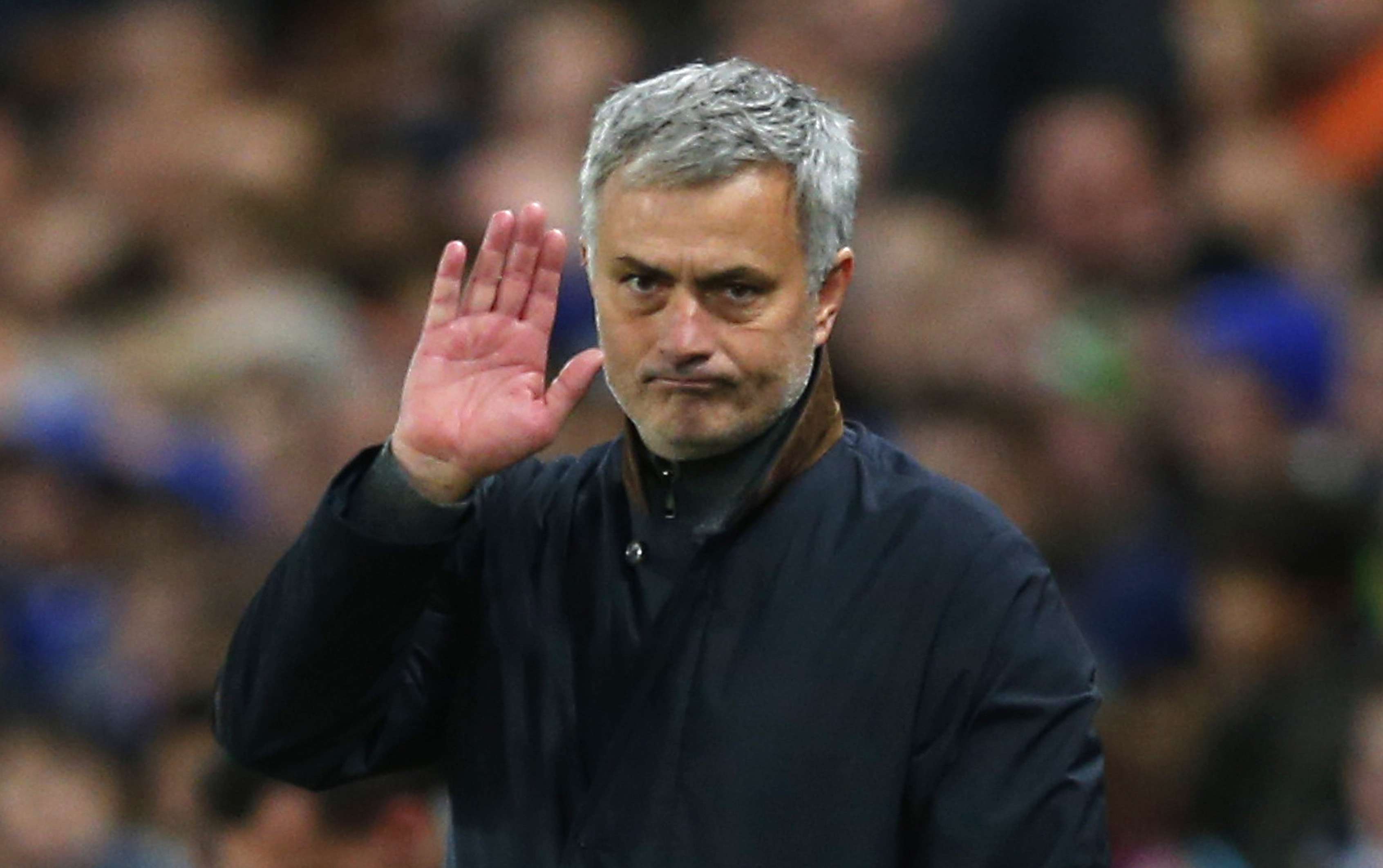 In the run up to Wednesdays crunch derby match with Manchester City, we caught up with United boss Jose Mourinho.

You may be thinking that one as “special” as Jose would be living the dream.  A legendary manager teaming up with a legendary club could surely only lead to happiness and success? However it would seem that isn’t the case.

Jose described the torture of living in a hotel removed from his family, and how he couldn’t even cross the bridge without being hounded by reporters.

Richard Branson must be cackling in his sleep at the rising cost of train fares as it seems that £10 million a year isn’t enough for Jose to buy himself a train ticket to Manchester from London, or even a hat or wig to fool reporters.

It seems United will be disadvantaged tonight then as the derby match will be being filmed live for Sky Sports 1.  Perhaps Jose will be too busy donning a darkened fringe and singing “My Chemical Romance” songs to actually focus on the game.

Mourinho will be hoping he can pull himself together however, as the United fans must be running out of patience with him after falling flat on his face in every big game this year already losing to Man City and a proper washout against Mourinho’s old side Chelsea.  Perhaps it is time for everybody’s favourite pantomime villain Wayne Rooney to be introduced back into the side?

Elsewhere in the EFL Cup Liverpool turned on the class last night against a Tottenham side that had been chopped and changed more than Caitlyn Jenner’s undercarriage.  It’s about that time where Liverpool start to take this competition seriously because they realise its the only thing they have a chance of winning.

In a night of unlikely scorers Daniel Sturridge and Alex Oxlade Chamberlain both netted twice for their clubs helping to fire them into the next round of the cup nobody cares about (until they realise they might win it.)

Up at St James’ Park an ill-disciplined Preston may as well have all lay down in front of the goal and hoped for the best.  They would probably have conceded less goals if they had as Newcastle netted six unanswered goals.

All in all it was a nice evening of distraction to keep fans busy until the weekend, but the competition seems a bit like the X-Factor, in that its great fun to watch the early rounds and see what happens, but nobody really that bothered until the finals.

Stand Up Comic/ Presenter based in the south west of England.