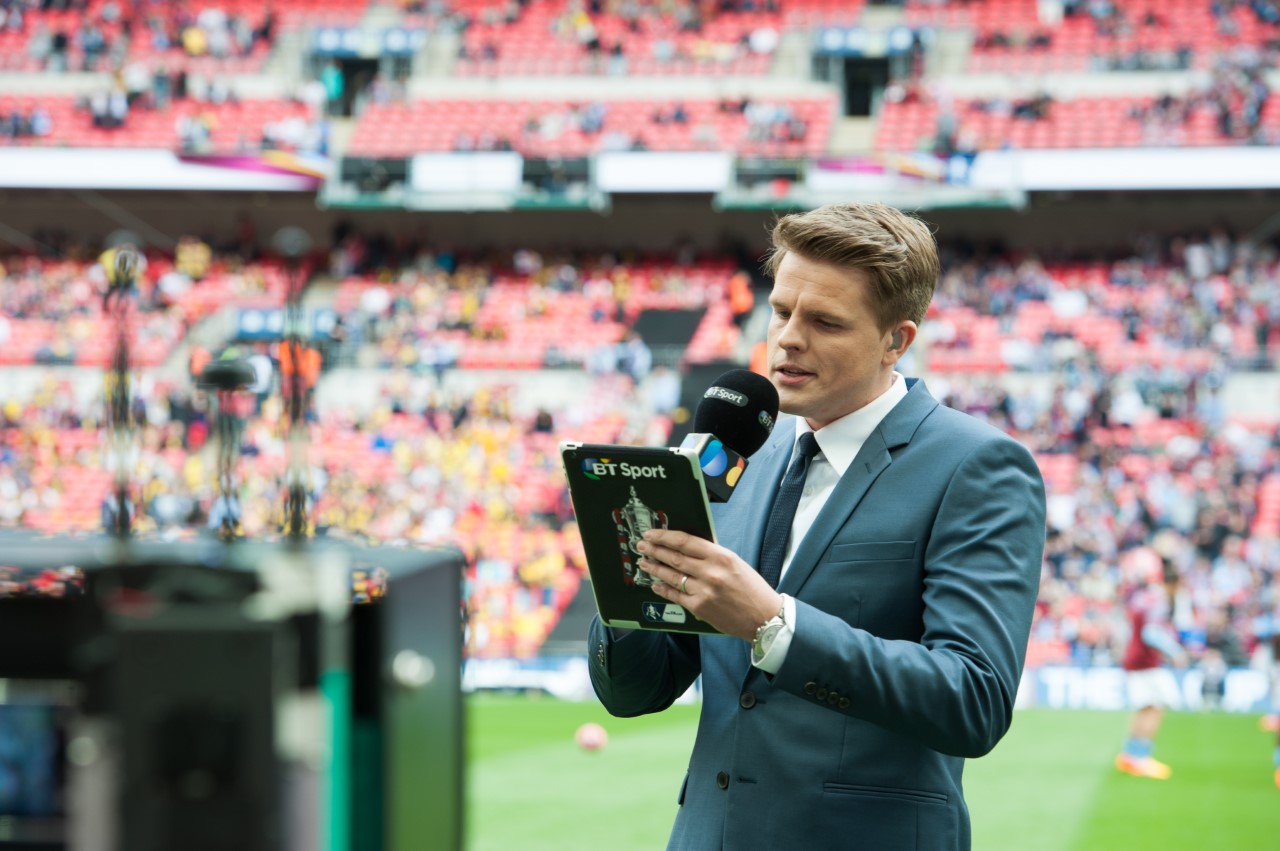 BT Sport is where the best in domestic and European football go head to head.

The broadcasters Premier League presenter, Jake Humphrey, spoke exclusively to Tales From The Top Flight and made his predictions for the 2017/18 season.

Who will win the Premier League?

“Manchester City because they have a world-class manager, an incredible team, they strengthened in the right areas and I think Pep Guardiola has learned huge lesson from his first season in English football.”

Who will finish in the top four?

“Manchester United will finish second because we are now looking at a Jose Mourinho team. Let’s not kid ourselves, they will not play the most attractive football in the Premier League but in the words of Jose, there are many poets in football but poets don’t win trophies. He’s there to get results and that’s exactly what he’ll do.

“I’m going to go with Chelsea in third. I can’t see a team that was so good, so dominant, played such great football and were so defensively sound last season struggling.

“Arsenal will finish fourth. I think they’ll get back in the top four because of the signings they’ve made and the formation change. It feels like there’s a freshness there which there hasn’t been for the past couple of seasons.

“Tottenham will drop out because they will be massively hindered by playing at Wembley. It’s a tall order playing because it’s every clubs final, so I don’t understand why they haven’t gone out and spent money. It’s going to be a taller order for them.

“Liverpool will also drop out because I fear for them if Philippe Coutinho goes.”

Who will be relegated?

“I fear for Brighton. They’ve not really strengthened and I think when you’ve never been in the Premier League before you have no real understanding of just how hard it can be.

“I think Stoke City as well. They haven’t strengthened and they haven’t invested, resting on their laurels and taking their Premier League position for granted. If I was a Stoke fan, I would be disappointed, frustrated and worried. I see them in the bottom three.

“I think Huddersfield will be in there as well. They’ve spent well but they were 19th in the Championship the season before last so staying in the Premier League will be a tall order. I love the set up there and I think they are future proofing themselves but to become an established Premier League team, but it might take a bit of coming up and down.”

Which team will be a surprise package?

“Everton. They are going to mount a really strong challenge for the top four and be there or there abouts for the majority of the season but maybe just fall short. I really like signings they’ve made. They are progressing and improving all the time, turning the top six into the top seven.”

“I want to say Harry Kane because he’s just metronomic and you know he’s always going to deliver. I think Gabriel Jesus will be up there as well.”

Player of the season?

“Nemanja Matic. He’s already shown that he fits into that Manchester United team because he releases everyone around him. I think he will have a superb season. I don’t understand why Chelsea sold him, I’m baffled by that decision.”

The signing of the season?

“Bernardo Silva for Manchester City because I’m super excited to see him play, I think he’s a brilliant player.”

“Mark Hughes because I fear for Stoke this season. They’ve got a really hard start to the season. However, I think Rafa Benitez will be the first manager to walk away. He seems frustrated with the lack of transfer activity, the squad and the talent he has at his disposal, so I think he could get fed up at Newcastle.”