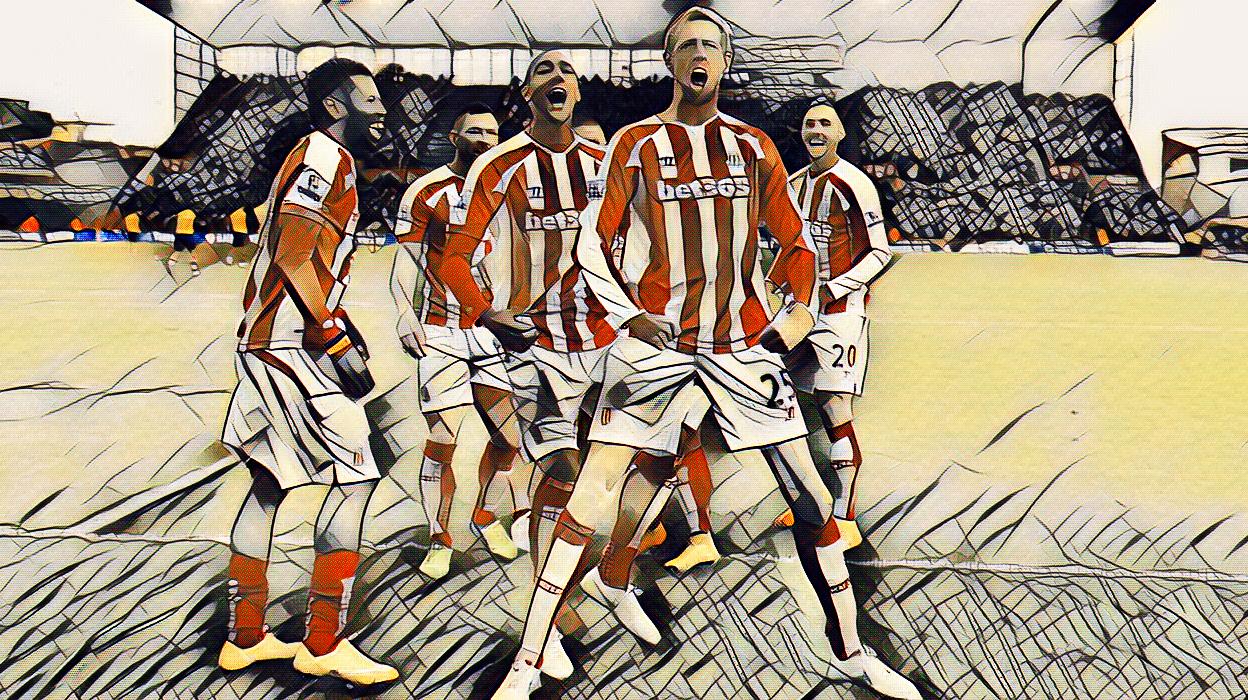 With far too many overrated Premier League players kicking about these days, it’s always nice to have a few hugely underrated lads to balance the whole thing out. The name of Son Heung-min has been thrown about lately as the rightful owner of the underrated crown, yet formidable forwards Olivier Giroud and Peter Crouch deserve a shot at the title, and it’s the latter that deserves all the praise in the world, simply because the former already received all the praise in the world not so long ago.

The living legend has conquered plenty in the game but in my humble opinion, he just doesn’t have the respect he deserves from the upper echelons of the footballing world. Crouch not only boasts the highest number of Premier League headers of all time (class stat), but is also one of 27 players to bang in 100 Premier League goals, not big for a big lad. Moreover, the lanky legged striker bagged his 100th at 36 years and two days, becoming the oldest player to achieve this lovely round number, but the man is still going…provided he can work his way off that Stoke bench and into the starting eleven.

Speaking of warming that bench of his, Crouchy also set another record, this time for the most number of substitute appearances in the Premier League, gliding onto the pitch for the 143rd time against Brighton on 20 November 2017, breaking the record previously set by none other than fellow six foot plus club member Shola Ameobi.

A bit of a journeyman to say the least, but nevertheless he made it into the 100 Club by finally bagging his century on his 419th appearance, netting in his current club’s 1-1 draw with Everton in February last year, 15 years on from notching his first goal in the English top flight.

The 6ft7 baller went on to blow minds in England, most notably at Liverpool, where Crouchy won the supporters over with his moves, yet more importantly won trophies for his side as he headed the winning goal in a 2-1 victory over Chelsea in the 2006 Community Shield, while the big man also ended the 2006/07 season as Liverpool’s top scorer in all competitions with 18 goals. The Reds legend notched six goals in 12 Champions League appearances that season, joining the likes of Real Madrid’s Ruud van Nistelrooy and Chelsea’s Didier Drogba in second place behind Kaka, once again not bad from the big lad.

If that wasn’t enough for all the haters out there, Crouchinho came back underwent surgery in the March of 2007, literally popped his clothes on, jumped out of the hospital bed and nabbed THAT ‘perfect hat-trick’ against Arsenal, his first hat-trick of his club career.

Crouchaldo won the FA Cup with the Reds, sandwiched in between a cherished Portsmouth Player of the Season award and an even more cherished Stoke City Player of the Year award. Two Top Scorer awards followed with the mighty Potters in 2013/14 and 2016/17 despite a lack of game time, but these are rightly brushed aside on his busy mantelpiece by the 2011/12 Goal of the Season award, with poor Joe Hart still picking the ball out of the net after Crouchy bagged literally the best goal the world has ever seen with that stunning volley against Manchester City.

As if THAT wasn’t enough, Crouchy boy finished Euro 2008 qualifying as England’s top scorer (not that hard to do let’s be honest), and boasts a phenomenal record of 22 goals in 42 international games, a spell which included an unthinkable 11 goals in 12 appearances in a glittering 2006. That England side could do with all the help they can get this summer, so why not GET HIM ON THE PLANE?

A top geezer on the field, and an even bigger geezer off it. Football fans and non-football fans alike are all too familiar with Crouchy’s famous response to the ‘What would you be if you weren’t a footballer?’ question, while his deadly robot celebration will simply never be beaten, not even by the madness of the Shefki Kuqi dive we were all treated to back in the day. What a man. What a career. Never retire big man.