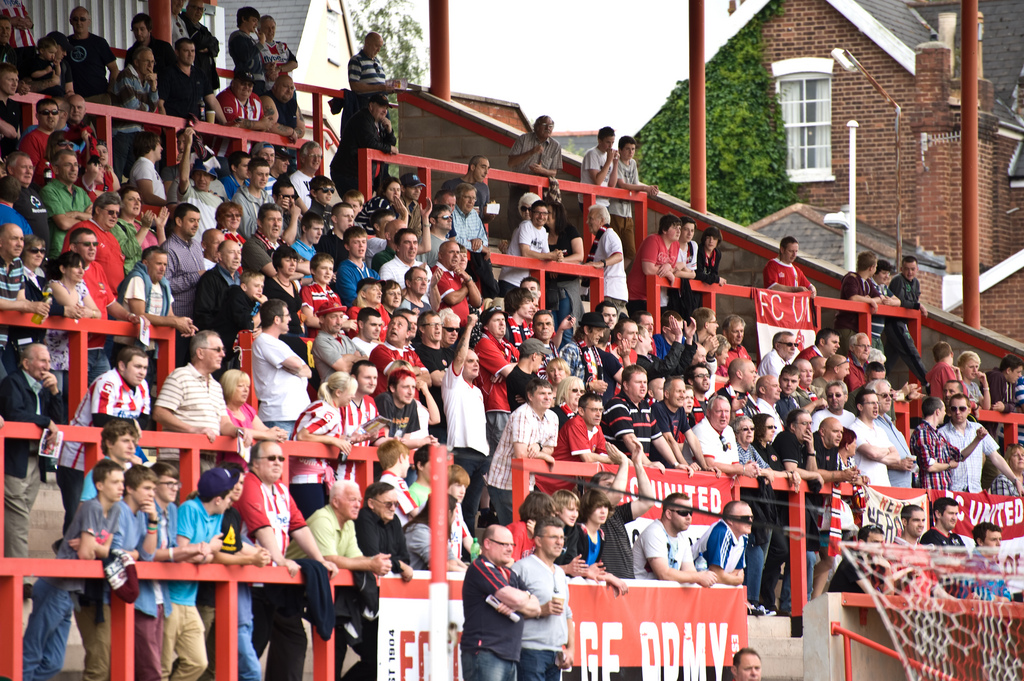 Photo by Matthew Wilkinson, CC BY

There are many times in your life when you are faced with a decision—times when you arrive at a crossroads and the direction of travel you opt for will impact on the rest of your life. Many are the obvious ones such as a job, relationship, or relocation. There is also another one, one that has as much, if not a bigger, bearing on your life, your happiness, the people you will meet and the way you will be viewed and judged. I am talking (of course) about your choice of football team. Thank goodness it is a decision that is usually made organically, at an age when you do not yet realise the future consequences of your rash actions. But what if you could turn back time to when that decision was yet to be made? Would you do anything differently that would set your life onto a different path or another trajectory?

It is incredibly hard not to be subjective when it comes to football. Too much (mainly troubled) water has passed under too many bridges. Just about the only thing English football fans tend to agree on is that their national team are unlikely to pull up too many trees in Russia this summer, and with odds of 14 to 1, the bookies tend to agree. Surely, though, there must be some common ground? In other words, there must be some rules that determine which teams would represent a good choice to nail your colours too?

I’ll put my cards on the table. I’m an Ipswich Town fan. I was born in 1972, so I enjoyed my team winning the FA Cup (on the television), the UEFA Cup (on the radio), and the play-off final (at Wembley). I have also seen them beat Inter Milan and have travelled all around Europe, including Moscow, to see them. If I had known all of that when I signed up, I would certainly have taken it. The last decade-and-a-half has been a different story, but (by what I’ve witnessed) those years have been made more palatable by what came before them, not less so. If I had been born twenty years later,and made the same choice, I may very well have a different view.

Supporting a team should ultimately be about enjoyment, not success. Although those two factors are certainly linked, it is only by a dotted line. Fans of the red half of Manchester are unlikely to be united in their joy of this season, despite sitting second in the EPL. However, Luton Town fans will all tell you a very different story, with their side—managed by one of the hottest young prospects in the game—currently sitting in second place, three leagues below Man U.

When I start a new job, meet someone on holiday, or get talking to someone in a pub, and someone inevitably asks the question “Whom do you support?”, I always say Ipswich with pride—and with a fairly accurate knowledge of the response I’ll get. If the person asking is of a certain age, they might furrow their brow and make a hesitant stab at our current manager before talking about Bobby Robson, Mick Mills, Terry Butcher et al. There is also a certain amount of respect; they recognise that here is someone who has seen the good and the bad times, and plenty of downright mediocre ones to boot. I am not at all convinced the same would be true if my reply had been Manchester United or Liverpool. I have friends who follow clubs from further down the footballing ladder than the Championship, and though it is never discussed so overtly, I have huge respect for them. It seems so much more heartening and rewarding to spend your time and money seeing your side at the likes of Meadow Lane and Huish Park than at The Emirates and The London Stadium.

There probably is no right answer, or even a best one. Supporting your team is something that, by its very nature, is never going to be a smooth, trouble-free ride. It is not like a marriage, as the concept of divorce—or even a trial separation—just doesn’t exist. For better or for worse, you are in it for life. All you can hope for is that the honeymoon period lasts for a couple of seasons, at least.