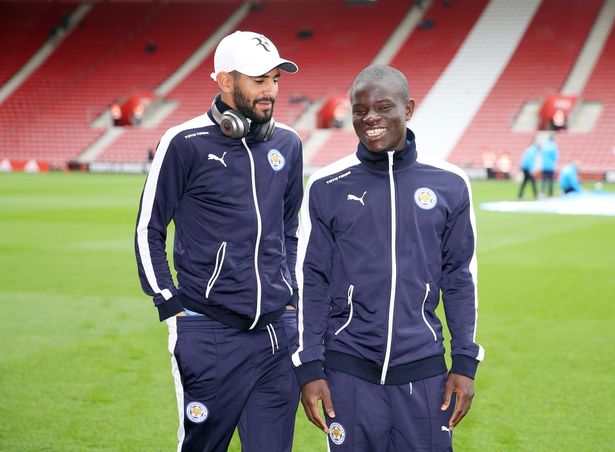 There’s no rush, folks.  No rush at all.  Sunderland don’t mind not knowing whether they have a manager for the new season and Hull are more than happy to start the campaign with the kit man in charge if it helps you out.  Just take your time, it’s not as if the national team has a game in about six weeks right?

We are no closer to knowing the identity of the new England manager, except we all know it is going to be Big Sam which could see David Moyes take over at the Stadium of Light.  Sunderland will be treated to a manager who likes to play direct football with minimum flair and who has the potential to get the team up to the safety of mid-table.  Just like Big Sam then, really.

N’Golo Kante and Riyad Mahrez have pulled the ultimate prank on Jamie Vardy.  I can imagine the conversation between the three when Vardy was considering a move to Arsenal some weeks back.  “Lads, if I stay we all stay, right?”  Mahrez and Kante both nodded positively without meaning a single word of it.  Kante has called his move to Chelsea as a “dream come true.”  That boy must have some interesting dreams if being plucked from Ligue 2 in France, moving to Leicester and winning the Premier League at the first attempt was not a dream come true.  Mahrez is also off, probably for more than Kante’s £30m.  The destination is anyone’s guess but most likely to be somewhere like Madrid, Barcelona or London.

Speaking of London, Colombian James Rodriguez might be rocking up alongside his fellow countryman Bacca and learning a bit of cockney rhyming.  £80m is the price Real Madrid have put on Columbia’s talisman and the Hammers are prepared to pay it.  Season tickets must have gone well at the Olympic Stadium.  It would be an incredible statement of intent if they were able to capture James, and the prospect of him lining up alongside Payet and, erm, Carroll is mouth watering.