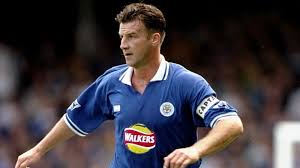 Would the last person to leave the King Power Stadium be a star and turn off the lights, please?

What has N’Golo Kante started?  First the diminutive Frenchman did one to London, then the next confirmed departure was, wait for it, no, not him, not him either, but him!  Yes, the man credited for all the clever little bargains Leicester have purchased in the last few years.  Steve Walsh is off to Everton where they feel that copying a mix of Southampton’s and Leicester’s blueprint will lead to Premier League glory.  Especially when they plan to throw a bit of good old-fashioned cash at the project too.  Ranieri is said to be “resigned” to losing his chief scout/assistant manager, where many other football fans are now exclaiming “oh, it’s not THAT Steve Walsh!”  Mahrez could well be off this week, though the Algerian was foolish enough not to include a minimum release fee clause thingy in his most recent contract, meaning Leicester do not have to sell.  That said, they probably will at the right price as Mahrez seems to want out.  Apparently he has dreams that are not that dissimilar to Monsieur Kante.

West Ham have failed to convince “Chew” Bacca that his future lies best in the Olympic Stadium.  The AC Milan striker would rather play Champions League football so is waiting for Atletico, Arsenal and Paris Saint-Germain to follow-up their unconfirmed interest.  The Hammers barely gave a cursory glance over their shoulder before moving on to the next name on the list marked “better than Andy Carroll.”  They will now attempt to out manoeuvre Leicester for Toulouse front man Wissam Ben Yedder who, apparently, has scored some goals in the equivalent of League Two that is the French top flight.  As extra cover, they are also keen to bring in Argentine forward Jonathan Calleri, formerly of Boca.  Calleri is waiting to run it past Carlos Tevez before deciding whether a move to England is a good idea.  Considering how much Tevez loved his time in England I wouldn’t get Calleri’s name printed on the back of your new West Ham shirt just yet folks.

With Skrtel sent to Turkey and young Joe Gomez injured for eternity, King Klopp has deduced he needs some defensive reinforcement, especially has he let Kolo Toure go as well.  Where better to go shopping than his former digs in Germany?  Augsburg defender Ragnar Klavan is on his way to Merseyside for a mere £4.2m.  TFTTF knows very little about Augsburg defenders or the man in question, so we shall presume that this is either going to be a signing that everyone will have forgotten about by the time the Premier League kicks off.

In non-top flight related news, Wigan Athletic’s Northern Ireland striker Will Grigg has been voted the 25th best player in Europe from last season.  Yes, I kid you not.  He received as many votes as Paul Pogba, which I feel says more about the over-rated, gangly Juventus midfielder than the player better know for that song rather than his contribution at Euro 2016.  That said, Hamburg’s fans have started a petition to get the club to sign Grigg believing that the amount of merchandise as a direct result will more than cover the investment.  Those Germans hey, always checking the financial viability of a crazy idea before announcing it.

Finally, new Aston Villa manager Roberto Di Matteo has gone on record as saying that Aston Villa is like “a house that needs knocking down.”  Whether he then mentioned rebuilding a new structure or not I am unsure, as I felt that the quote was not likely to be improved with any further words and left it there.