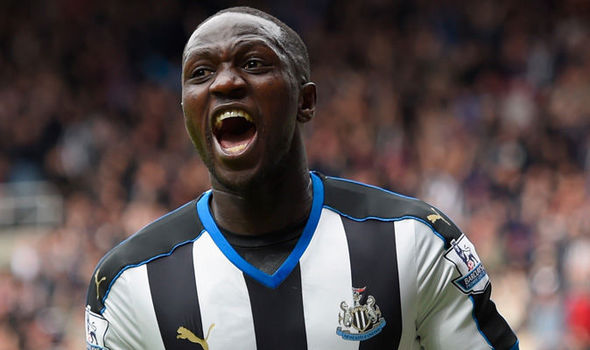 One of the rules of Soccernomics is never to buy a player off the back of a good international tournament.

More fool you Everton and Juventus.  If Steve Walsh’s first bid as the new Director of Football at Goodison is to sanction a £35m bid for the Newcastle lazy bones then he should be sacked immediately for fraud.  Juventus I can understand a little bit more.  They must be looking at the £92m they are due to receive for Pogba and be thinking, “but Sissoko was so much better than him in the Euro’s, this makes perfect business sense.”  Either way, if Newcastle can convince anyone to part with more than £10m for Sissoko then never again doubt Mike Ashley’s methods of running a club.

This whole Sam Allardyce appointment is lasting longer than England’s Euro 2016 campaign.  The bigwigs were at Wembley yesterday listening to the recommendation that, having scoured the English leagues high and low, the panel were unable to find anyone better than Big Sam, sadly.  He’s already told his players he is off, David Moyes is already eyeing up his office and all that needs to happen now is for Sunderland to completely rinse the FA of several million quid to make it official.

Jose, you flirt.  Stop playing, “I don’t fancy you anyway” with Pogba.  We all know you want to make him the 2016 version of Michael Essien.  This “I have other people I am seeing” malarke just does not cut it.  Unless of course it is a cunning plan to keep Ed Woodward out of the way whilst some actual real football business takes place.  Apparently Jose has his eyes on three players to be his final signing of the summer.  Matic and Blaise Matuidi are thought to be the other options, both of which pretty much confirm to Felliani that he might want to drop a call into David Moyes after all.

King Klopp continues to rebuild his Anfield castle.  Wijnaldum is on his way from St James Park for a stunning £25m big ones.  That is quite a price to pay for a player that has just been relegated and, once again, Mike Ashley will be grinning like a cockney cat.  The player to make way at Liverpool is the Welsh Pirlo Joe Allen, who is off to Stoke for £13m.  Such is the mental connection with Stoke and lumping it forward that I immediately thought this was a suicidal move for Allen.  Then I remembered it was Mark Hughes in charge and I knew it was a suicidal move for Allen.  Come on Joe, you can do better than that.  Do something cool next, even link up with Hal at Hull.  That would be interesting.

Conte wants another striker at Chelsea.  That’s because Costa is definitely not leaving.  Morata probably won’t be the one and in a summer of paying crazy money for a player you previously owned the next target is Romelu Lukaku who might not fancy waiting for Sissoko to actually pass him the ball.