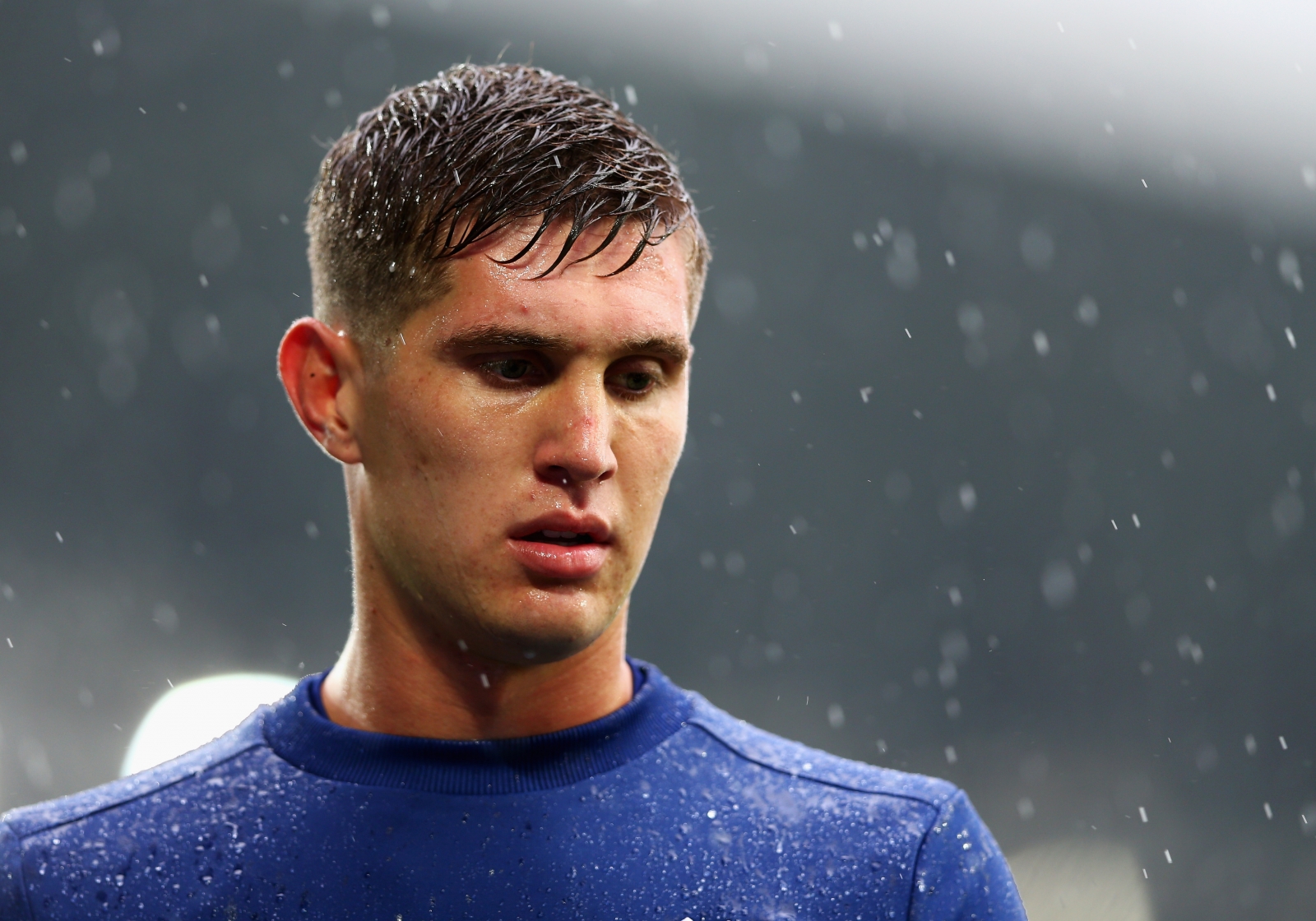 Pep likes defenders who aren’t really like defenders at all.  He likes them to pass, move, take risks, tease the opposition by dangling clever passes just centimetres way from an interception.  Pep has been looking high and low for an Englishman that fits this bill.  He has found one, the only problem is he wasn’t good enough for Roy.

But you know what they say in football, if he wasn’t good enough for Roy then he’s good enough for me.  Only at a certain price though Everton, only at a certain price.  Ronald Koeman, who knows a thing or two about ball playing defenders, has literally used an indelible marker to scrawl £50m or no deal on the head of John Stones.  Pep, not one for getting drawn into silly scribbles, has said “here are 42m of finest Etihad oil pounds – take them or leave them, I don’t care.”  A deal is likely to be done because, you know, money talks.  You would imagine Pep would then be happy, with a new maestro of his defence to coach and cajole.  You would be wrong, for Pep is always looking to improve and he has decided he can actually improve on the constantly injured Vincent Kompany.  Again, this is why City are paying him the big bucks.  In line to replace the City captain is none other than Juventus star Bonucci.  Seriously, the level of scouting for hidden gems in the world has gone through the roof with these two rumours.  Who would have thought of looking in the Juventus defence for a world-class defender?  Genius, genius I say.

A man who really is in need of a defender is Arsene Wenger.  Spys suggested in top-secret intel that David Ospina had been seen playing as a centre back in training.  If that isn’t enough to get the Arsenal fans panicking (I mean Arsene wouldn’t would he?) then Plan B is very much to slot Francis Coquelin into the vacant slot.  Surely that is akin to punching yourself in the face twice?  Coquelin has finally shown he is the man to be the midfield enforcer, so moving him out of that position immediately weakens the side.  Putting him in at the back makes the side even weaker?  Anyone would think Wenger doesn’t want to win the league ever again.  We can only assume is pretending to be interested in Mustafi.

I had been quietly impressed with the transfer dealings of Aitor Karanka up until yesterday.  Negredo, well if he can get him firing there won’t be many better strikers in division.  Valdes, he just needs games and a bit of love.  Apparently he also needs some competition, so I am not entirely sure why Karanka feels Brad Guzan is the man to provide it.  Guzan has always been Brad-Friedel-lite.  Mind you, having had such a terrible season last season the USA international might be looking forward to a season on the bench, out of the limelight.  A season too late, some Villa fans might be thinking.

Sam Allardyce has been dealt a double blow in the last 24 hours.  Firstly, he will have to un-teach John Stones all the new tricks he will learn at City if the 22-year-old is to bed down a place in Sam’s starting eleven.  Even more problematic than that, Bayern Munich have told him that he cannot share Paul Clement.  Big Sam had hoped to bring in Carlo Ancelotti’s erstwhile assistant to be his assistant in a job share scenario.  Bayern have helped Clement dodge a bullet there by refusing the approach.  Clement might well be very relieved.  I mean, imagine working with Alonso, Lahm, Muller, Thiago and Lewandowski on the Saturday and then heading off to St Georges Park to put Walker, Cahill, Sterling, Wilshere and Rooney through their paces.  Souls would be destroyed in the name of the nation.

West Ham are known for long, drawn out goodbyes.  This time, rather than a stadium it was a person who deserved a lot of recognition for the blood, sweat and tears put into his time as “Academy Director” or, as it was probably called when he started 43 years ago, “Youth Team Manager.”  Tony Carr has left the club he served for four and a bit decades having generated over £60m worth of talent that West Ham sold on to bigger clubs.  £60m that was reinvested poorly and saw the team relegated, some might say.  Still, one the finest youth development coaches England has ever produced has hung up his bibs and cones and will probably be off to Southend to retire.

“The Austrian Ibrahamovic” has decided the chance to play with “The Welsh Xavi/Pirlo” is much more appealing than heading off to Everton.  Marko Arnautovic has signed a new four-year deal to stay at Stoke, rounding up a pretty decent week for Mark Hughes.  No doubt Stoke will be brilliant before Christmas, and then fade away once the danger of Europa League qualification kicks in once again.

By the time you have got this far into today’s column Paul Pogba might/might not be a Manchester United/Juventus player.  The fee will be £90m/£100m/£110m and United/Juventus will/will not his Mr 10% several million pounds.

Ben Chilwell, who I believe only Jurgen Klopp has ever seen play, has signed a new five-year deal with Leicester.

You would have thought Mamdou Sahko might be just a little grateful to be allowed to play football again, having failed a drugs test at the end of last season.  King Klopp certainly has that point of view.  He sent the French defender back to Liverpool as “he failed to respect the rules.”  The rules in question involved missing a plane, missing a meal and missing a training session.  If Klopp’s punishments are kicking you out for repetitively missing things then Adam Lallana must be a worried man