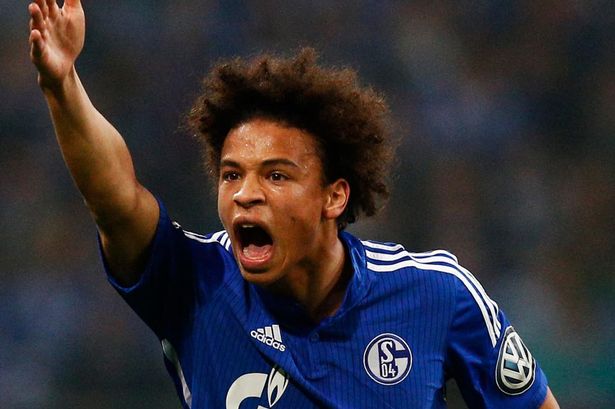 It’s happened.  It’s finally happened.  He is finally in Manchester.  The fans can stop worrying and I can finally find something else to write about.

Liverpool fans were disappointed to hear that their new goalkeeper, Karius, broke a hand the other day.  They need not be too concerned though, they still have Mignolet.  What’s that?  He threw another one in against Roma?  Liverpool fans hit Twitter hard, suggesting that Karius would still be better than his rival with just the one working hand.

Riyad Mahrez is determined to join Arsenal according to sources.  It seems peculiar, as Mahrez’s repeated success last season came from either scoring wonder goals himself, or creating them for a very talented striker in Jamie Vardy.  Somehow I cannot see Theo Walcott or Olivier Giroud doing the necessary to another pinpoint pass from the Algerian.  Stay at Leicester Riyad, please.  Please stay at Leicester.

Baba Rahman must really wish he never joined Chelsea.  They were just champions who had made a bad start when he rocked up, and by the time he had kicked his last competitive ball for the club they were just a mid-table side wearing blue.  To cap it all off, he has been loaned back to Germany in the hope everyone can forget it ever happened.  Chelsea players are doing everything they can to distance themselves from their failed title defence.  John Obi Mikel has even changed his name to Mikel John Obi so people don’t think it had anything to do with him.  It turns out that neither are his real name anyway.  That happens to be John Michael Nchekwube Obinna, but a mistake by Nigerian officials when filling out some documents to register him meant he became known as John Obi Mikel.  Given the mystery that surrounded his original signing by United, then Chelsea it is probably best to forget this as well.

Idrissa Gueye has joined Everton from Aston Villa for £7m.  I admit, I know very little of the midfield enforcer other than he cannot have done much midfield enforcing last season.  Still, at least he will be fresh.  Everton are also sniffing around Swansea captain Ashley Williams.  Whether that is with a view to playing him alongside John Stones in the ultimate fancy dan centre back partnership or to replace Stones, I do not know.  Everton fans who hoped Koeman might bring some defensive stability in the wake of Bobby Martinez’s approach may not be best pleased with this move.

Hull City have had their faces laughed at in their approach for Chris Coleman.  There has been no word as to whether Coleman fancied a relegation battle or wanted keep his reputation as one of Europe’s best managers intact.  Hull are now turning their attention back to yesterday’s favourite Gianfranco Zola, who cannot afford to be so picky.  Once they have tied up that deal, Hull will get Diame to sign a new contract and put paid to his chances of a move to Newcastle.  Considering he is the only fit player at Hull, that is a move that makes sense.

Sir Alex Ferguson has been talking about Wayne Rooney as Wazza has a testimonial or something and he needed people to say nice things about him.  Fergie reckons Wayne could have played in any era and would have been right at home alongside Bobby Charlton.  Fergie is almost as crazy as Moyes then, who has claimed he was unfairly treated by United and that “United is the level” he should be at.  This was in an official Sunderland interview.  Not only is he trying to sign United’s cast offs he is saying Sunderland are not big enough for him.  I am right in thinking Bobby Martinez has won more than him in the English game?  Yes Moysey, that is how bad you are.

Bastian Schweinsteiger has a peg available for him anytime he wants back at his former club, Bayern Munich.  Or so we are led to believe.  With Pogba possibly heading back to his former club, Lukaku maybe to his and then Schweiny, why don’t we just call next season 2011/12?