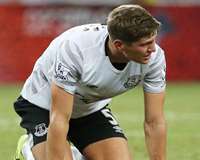 A round of applause to the Manchester United social media department.  Whoever came up with the ReUnited #Pogback campaign deserves a run out in the League Cup.

The drama is over, it has been confirmed.  Pogba has his wish and has gone back home to his “family.”  What will we all talk about now?

People are saying it was the most Mourinho day ever.  Big money spent on a ready made star whilst shipping out two young players.  Paddy and Donald, yes really, have moved to Sunderland as Moyes starts his pre-planned campaign to show he can get United into Europe by signing all their unwanted players.

People have been criticising the size of both transfers today.  Firstly, Pogba.  All you lot moaning.  You are moaning on a platform called social media.  You are using your mobile phone to write out that tweet which will instantly connect with millions of other people.  The world has moved on, if you hadn’t noticed.  Prices have gone up, and although I hate putting it in the “percentage of annual turnover” context because, frankly, it makes me look like a bit of a tool, it’s something like 32% of United’s annual turnover.  If you don’t know what that means, don’t worry.  But it is the equivalent of when Liverpool spanked £30m on Benteke.  Hardly a problem now, is it?

Let’s defend Pep a little now.  Pep’s style of football is expensive, we have to accept that.  You wouldn’t ask Banksy to go out and do his thing with some crayons and model aeroplane paint, would you?  No.  So shut up.  Be grateful that one of the finest coaches ever is going to be directly working with one of our brightest prospects every day, and Raheem Sterling might learn a thing or two as well.

The John Stones domino effect will properly kick in now.  Everton have looked to immediately replace him with Ashley Williams of Swansea.  Swansea are using that money and the money pocketed from flogging Ayew to the Hammers to buy Atletico’s Baston, a striker.  He and Llorente could surprise a few people.  Everton are also looking to reinvest the Stones windfall in Yannick Bolasie, meaning Palace will move for the not-so-Hull-bound-anymore Robson-Kanu.  Palace and Liverpool were obviously reading yesterday’s blog because Benteke to Selhurst Park is back on people, it’s back on!  £32m looks like the fee which, unsurprisingly, is how much Liverpool wanted to recoup yesterday.

Conte seems to be realised that JT’s days are very much numbered and is looking at Napoli’s Koulibaly to fill the void.  If that doesn’t work then he will mud wrestle Ronald Koeman for Sunderland’s Lamine Kone.

All these centre backs being talked about and Arsene hasn’t been mentioned.  Well, the Arsenal manager may not have to dip into the savings after all as Gabriel has said he “feels a lot better” following his weekend injury.  So Evans and Mustafi would be wise not to wait by the phone then.