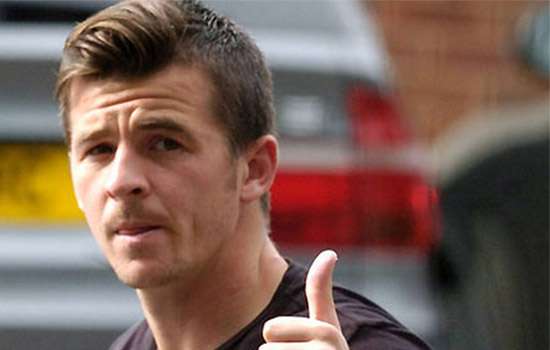 It would appear Joe Hart is getting the message.  Not only is he being forced to eat his lunch on the same table as Yaya, Pep is pretty close to buying yet another goalkeeper in Claudio Bravo.  Joe is not a stupid boy, he knows the writing is on the wall.  His future is away from the Etihad, but where?  Could it be Sevilla, who are thought to be interested?  Or could it be Everton, who I am sure have had a glowing reference from John Stones.  We don’t know for sure, but we do know that Joe doesn’t think two weeks of the window remaining is long enough to decide on a permanent move.  He would rather chance his arm on loan, and see if Pep gets sacked by the end of the season.  Good luck with that Joe.  If only you were just a little bit more impressive on that passing ratio chart hanging in Pep’s office.  Joey Barton, of all people, has piped up calling Pep’s treatment of Hart “disgraceful.”  I know, it is a disgrace that a manager that has won almost everything there is to win can turn up at a new club at decide that he prefers one international footballer over another.  Completely disgraceful.  God, don’t let Pep loose with cigars at the Christmas party, all hell might break lose.

Riyad Mahrez was forced into press duty by the Foxes yesterday.  According to the Algerian winger there are only a small handful of clubs that could tempt him away from Leicester.  Barcelona and Real Madrid headed up that list, you know, just in case they are listening and have some money to spend.  If he can’t join them then he will stay at Leicester, at least that is what it said on the piece of paper he was being forced to read from.  He was then bundled into the back of a van and reappeared an hour later with a four-year-contract with something resembling his signature at the bottom.  I’d guarantee there isn’t an Arsenal release clause in there.

Just in case Pogba felt his “second debut” at United might pass by without anyone giving it a second thought, he has decided to dye his hair red to make sure he stands out.  It just goes to show, being worth £90m or so doesn’t give you any sense of style.  Mind you, the thought of him now lining up alongside the barnet attached to Fellaini will set the “name a worse midfield combination of hairstyles” wheels in motion.

Wayne Rooney is still in shock at the news he might have to actually earn his next contract at United.  Rather than just making waves in the press about “lack of ambition” and “needing a new challenge” there is every chance United might tell him to do one when his contract expires.  Wayne is going to have to rely on his pace, fitness and goal scoring ability alone.  I’m thinking an “emotional” return to Everton in the not too distant future then.

The way Palace are shedding players you can only assume Benteke needs a lot of room in the showers.  Jedinak has packed his bags and exchanged Croydon for Aston and rumours suggest that Puncheon would rather get promoted with Fulham than relegated with Pardew.

Sadio Mane has injured his shoulder in training and could be out for a while.  It has nothing to do with carrying Liverpool’s title hopes on his left one since his wonderful debut against Arsenal at the weekend.  It has to be said, King Klopp doesn’t have a great injury record since arriving at Anfield.  Maybe he has got them running around a little bit too much?  Kloppo should do what Bilic did and blame the training ground.  Mind you, West Ham still have zero luck apparently.  Ayew is out for four months, leaving the chairman’s son of all people to bemoan West Ham “having no luck at all.”  That’s right Jack, just a brand spanking new stadium funded by the tax payer but no luck whatsoever.

Arsenal, yes I know, have “opened talks” with Atletico over their defender, yes I know, Jose Giminez.  My advice to Simeone would be just to shout £50m at Arsene and that will send him into a cold sweat.  Valenica admitting they could do with cashing in on Mustafi isn’t going to lead to a deal either.  Feel free to add this to the long list of signings Arsenal won’t be making before the window slams shut.  Valencia have a slightly different definition of “cashing in” to Wenger. You just know that if they do sign anyone it will be another diminutive creative type of midfield-cum-striker.