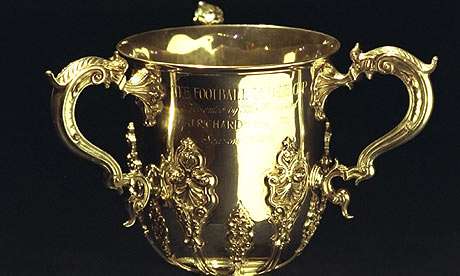 There was a lot of kerfuffle when it was announced Premier League sides would be offered the chance to enter their reserve team into the competition formerly known as the Johnstone Paint Trophy.  Why did nobody get their knickers in a twist at them also fielding the second string in the EFL Cup?

In fairness, that’s not strictly true.  Some of the top flight sides did take their second round duties seriously and put out strong teams and as a result protected themselves from the kind of banana skins that lead to TFTTF glee.

Stoke, courtesy of a Peter Crouch hat-trick (don’t go getting any ideas Big Sam) sailed through, as did Liverpool.  Everton had no issues in dispatching Yeovil.  Swansea, Chelsea, Hull and Palace all gave their fans the chance to see some players they had possibly forgotten even played for the club and eased through.  WBA and Watford, I’m sorry.  If you cannot be bothered to beat lower level opposition without the need for extra time, I cannot be bothered to stay up late to find out how you got on.

Stoke want Phil Jones.  What they want him for, exactly, is unclear but my money is on him forming a double act with Crouchy at the Christmas party and delighting the crowd with some gurns.

Arsene is curious, is he not?  He’s not prepared to pay £25m for World Cup winning Mustafi, but is cheerily considering paying the same for Jonny Evans.  WBA say he won’t be sold this window, so maybe that is why Arsene is looking happy.  Liverpool’s is  Sahko available on loan – Arsene, sign him. Just sign him.  Monaco defender Sidibe also said he has turned down Arsenal this window and Arsene is now very much on the list of players that none of us have ever heard of.

On the same day that the FA charged Andre Gray with homophobic tweets made in 2012, their manager Big Sam was alluding to the fact he might talk to JT about coming out of retirement.  As we all know, 2012 was a year where JT also failed to keep his house in order so once again the FA should be commended in their clear strategy for what his good and what is bad.  Whilst you are persuading people to make an unwise comeback Sam, why not have a chat with Kevin Davis at the same time, or Kevin Nolan?  Actually, maybe you could talk Andy Carroll out of retirement?  That would be better.  Chelsea are not so sure JT has another whole season in him as they are currently surfing the net for any defenders based in Italy that might be available.  Having conceded two, at home, to Bristol Rovers you can understand Conte’s desire to bring someone in.

Portland Timbers want Wayne Rooney, because Steven Taylor’s debut out there went so well.  Watford have some money to spend and they do not care who they spend it on, shelling out £7.5m for Newcastle right back, trouble maker and general liability Daryll Janmaat.  Newcastle, glad to get rid of him, have moved for Tottenham’s USA international DeAndre Yedelin.  Also lurking by the Spurs exit is Ryan Mason, who could well be off to title favourites Hull City.  Apparently he has always wanted to play for Mike Phelan.

Pep couldn’t deny Claudio Bravo was on his way to City.  It became even harder to deny it when Manchester Airport helpfully tweeted photos of Bravo leaving arrivals.  Continuing the airport theme, Hart is very much in departures, just not sure yet what time his flight is due to leave.  It’s ok though Joe, Pep thinks he might play you against Steaua.  Then again Joe, he might just be messing with your head.