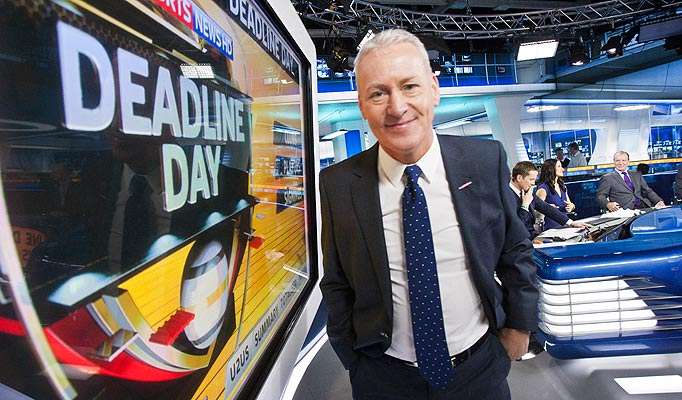 Having signed Mustafi, Arsenal turned to trolling a fan who had completely written off Arsene signing the German.  All I can say is, thank god Wenger isn’t aware of this column.  He’d probably send me on loan to write about Middlesboro or something, as a punishment.

This evening’s column is being written at around 17:00 GMT, so there is every chance everything you are reading now is completely out of date and probably never happened as the window is still wide open.  Deals could even happen last minute and they won’t get mentioned here.  Still, you could always come back tomorrow morning to see what was made of it all.  But where would the fun be in that?

Let us begin with calling out people that are celebrating the fact that Premier League clubs have spent over £1bn in this transfer window.  This is not a good thing.  If Yannick Bolasie moves for £25m and Christian Benteke can cost Palace, yes Palace, £32m then things have gone very, very wrong.

Leicester are being treated like the girlfriend with a very indecisive boyfriend.  Is it on, is it off, what is going on?  The latest stories suggest that both Adrien and Slimani is now ON and they will be on their way to the East Midlands.

Spurs are doing their bit to look like they are interested in this transfer window thing.  Having flogged Ryan Mason they are hoping, if hoping is the right word to attach to this player, that they can sign the France version of Momo Sissoko from Newcastle rather than the Newcastle version of Momo Sissoko.  They are also dreaming of persuading Real Madrid’s Isco to choose them over the sunshine of Malaga.

Big Sahko is refusing to budge from Liverpool.  No matter how much King Klopp is trying to kick him out of the door with Ballotelli the defender is being resolute.  If only he could have been so rock solid on the pitch, Klopp might be tempted to keep him around.

For me, the most realistic move of the morning was Lee Grant ending up at Stoke City.  This is the kind of signing I want to see more of.  The Premier League’s bottom side brining in a back up goalkeeper for peanuts.  More of this please!  Stoke instantly ruined it by agreeing to pay Manchester City £2m to have Wilfried Bony on loan for the season.

Jose Mourinho clearly sees Darmian as his modern day Paulo Ferriera.  He has told Inter Milan to go and find someone else to buy.

You’d have thought PSG would have taken Chelsea’s £32m with a big smile on their face.  No, they want more.  Still, PSG’s owners probably didn’t get where they are today without a huge element of greed on their part.  I like the Luiz story, it has its similarities to the Pogba saga except it will probably be over in a day.  Chelsea, shockingly, will allow a player back out on loan.  Conte wanted Cuadrado to stay, but he is off again to Juventus.  Conte doesn’t want Kurt Zouma to stay, so he will be off before the end of the day, presumably on loan and I wouldn’t bet against Hull, Sunderland or some club abroad.

You have to be a rubbish striker right now to be considered surplus to requirements at West Ham, and therefore Enner Valencia is off to Swansea.  West Ham would rather have poor defenders than poor strikers, so will move for Villa’s Micah Richards who “would rather be in the Premier League.”  Another Villa player might be getting a Premier League lifeline.  Former Barcelona winger Adama Traore might end up at Middlesboro before the day is out.

Everton still want “cover” for Lukaku, presumably just in case someone makes a silly offer for him before the window shuts.  Today’s potential cover is Porto’s Yacine Brahimi.  No, me neither.  The Blues are still keen on Sunderland’s Kone, which will depend on Moysey convincing Sahko to budge from Merseyside.

Berahino will probably need some time on the bench to clear his head after it became clear he will be staying at WBA yet again.  If we added up all the potential transfer fees from his potential moves he would have done the £1bn on his own.