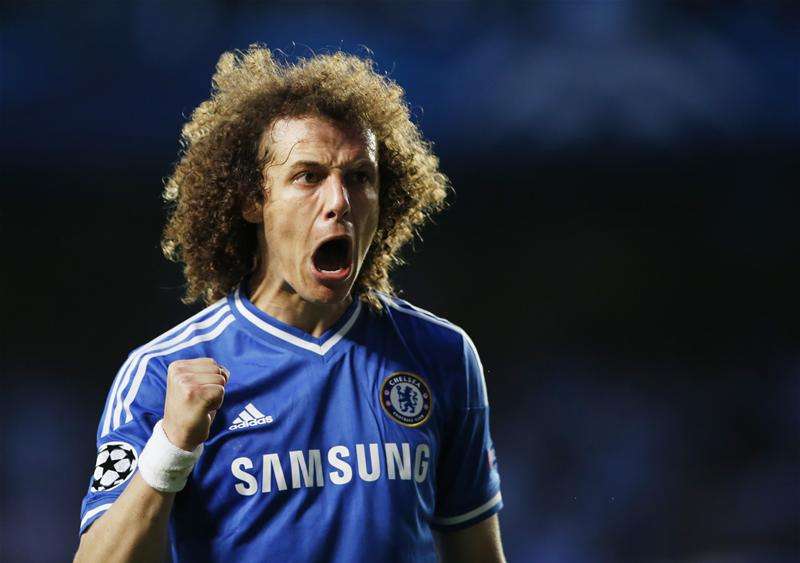 Diego Costa has admitted he wanted out of Chelsea this summer and fancied a return to Madrid.  That’ll please everyone.  He probably went on to say he is happy under Conte, what a fine manager he is and how he is doing everything to curb his temper.  These interviews are all lies, aren’t they?  Costa has seen off the “challenge” of Loic Remy.  The French striker has joined Palace on loan to spend the rest of the season feeding off Benteke’s knock downs.  He will get to know Wilf Zaha quite well too, as Spurs ended their interest in the wideman.  Chelsea have been searching high and low for a new defender to add to their ranks and appear to have settled on one they already know cannot defend for toffee.  David Luiz is thought to be heading back to the Kings Road in a £32m deal.

Hull have gone transfer crazy.  I repeat, Hull have gone transfer crazy.  They have thrown out a club record fee for Ryan Mason, brought in Cardiff goalkeeper David Marshall and who would bet against them bringing in Ballotelli and Wilshere?  Well, I would actually but hopefully you get my point.  They also believed they had Derby’s Jeff Hendricks but they are about to be gazumped by, no not Sunderland, but Burnley!  Hendricks will be able to thread the ball through to Patrick Bamford who is set to join on loan.  Hull will now try and persuade Bournemouth’s Max Gradel to trade in a relegation battle for a European charge.

Clearly nobody at Everton briefed Koeman that there are some right good young defenders at Barnsley.  Stones and Holgate both hail from the land of the Tykes, but Ronald has missed the boat on Alfie Mawson who is off to Swansea for £5m.  Apparently he is the next John Stones.  A lot of time was spent on working out who he is the next version of, clearly.

The domino effect of that is Spurs will hold on to Son.  He was likely to head back to Germany, but will now renew the rental contract on his pad in London.

It’s almost as if Arsene has lost faith in his youth policy.  First Chambers, then Wilshere.  Now the brilliant Serge Gnabry is on his way out, and quite probably for good.  The winger is likely to sign for Werder Bremen in the next 24 hours which is thought to be paving a way to a move to Bayern next season.  Wilshere looks like he is also off to Italy with AC Milan and Roma supposedly battling it to have him injured for six months of a year long loan.

Sahko has standards.  And playing football for WBA or Stoke does not meet those standards, and who can blame him?  Kloppo is keen to get the French centre back off the training ground for now, and the big man was not too keen on a relegation battle.  Dutch defender Bruno Martins Indi has lower standards.  He will be joining Mark Hughes on loan shortly.

Poor Leicester must be very confused.  Slimani was in tears at the end of his last game at Sporting, suggesting he was saying goodbye.  Adrien Silva went one step further, basically telling everyone he was off to the English champions.  Now Sporting are saying neither are leaving.  What is actually happening?  Who knows, but it will certainly give those folks on Sky Sports something to talk very loudly about on Wednesday.  Sporting must literally be spending all day rejecting bids from English clubs.  West Brom, rather than looking at the array of attacking talent at the Portuguese club, tried their luck with William Carvalho, the solid defensive midfielder.   Sporting barely bothered to finish emailing “no chance” before pressing send.

I think we can all agree Joe Hart with a Torino scarf confirms he has gone there.  Out of sight, out of mind and all that.

Bastian Schweinsteiger might be making a late bid for nicest guy in football.  Jettisoned by Jose, Bastian has been spending his newly found spare time saying he wants “to help United reach their goals” and he “has no problem with Mourinho” and that he “finds the reserve team squad very welcoming.”  Ok, he didn’t say the last one.

Sunderland will be fuming at how far ahead Hull have got in their race to sign available players.  They are so angry they have started letting players leave the club without noticing they are not signing replacements.  Jermain Lens has slipped off quietly, heading to Fenerbache.

Spurs don’t get mentioned too often, but twice this morning!  They have launched an “audacious” attempt to bring in Isco from Real Madrid.  Isco or Zaha, hey?  A clear recruitment strategy in place at the Lane.

Something non-transfer for a moment.  Aguero has been handed a three match ban for letting Winston Reid’s throat collide with his elbow at the weekend.  This is not good news for Fantasy Football players.  Someone far fewer FFL players have in their teams is Mangala.  He is heading back to Porto on loan.

Watford were rather busy yesterday.  On one end of the desperation scale they re-signed defender Marriapa who was without a club, for fairly obvious ability related reasons.  Right at the other end of the scale they picked up Kenedy on loan from Chelsea.  For a team already struggling to integrate 39 new faces into the squad, what harm will three more do, hey?