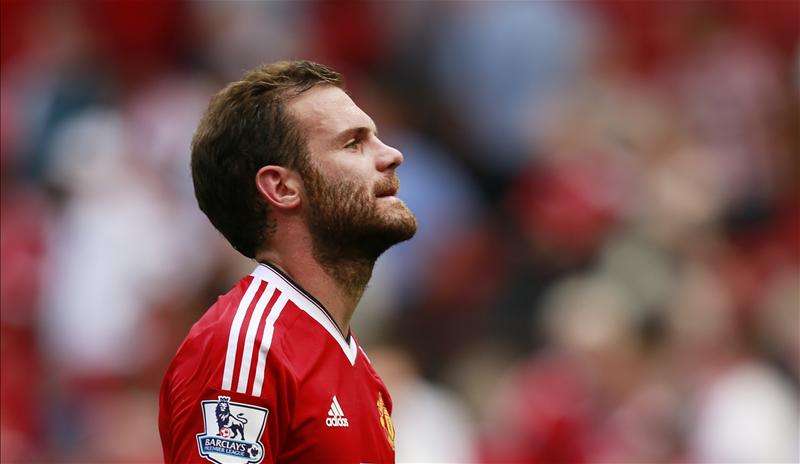 Big shock of the day, and if you think I am picking on Manchester United this week you would be correct, is that United have run around the pitch the least of all Premier League teams so far this season.  Errr, Rooney, Zlatan and Mata do play regularly for Jose’s side right?  So how exactly is this a revelation?  Anyway, Mou is “preparing” to drop Rooney for Saturday’s match with the champions, Leicester.  Today is now Wednesday, Jose started his preparations yesterday.  That is a long run up to breaking the news to his skipper.  Maybe he could let the 99% of United fans that think Rooney should be left out have a word in Wayne’s ear?  It’s a tough week for Jose as Luke Shaw, slightly annoyed at being blamed for the Watford defeat, is out injured for a few weeks so Mourinho will have to rely on Rojo.  That’s not going to help results now, is it?

Pep has told Yaya that his Manchester City career is over, unless his agent takes back the nasty things he said.  Yaya’s Mr 10% got a little bit lippy, mocking Pep in the press and refusing to apologise before he was even asked to.  Not often anyone in the Toure entourage has got to something early, unless it was a birthday cake of course.  Yaya also retired from international football yesterday, meaning he is going to have a nice long rest from football.  Maybe he could go and spend some time with Joey Barton?

I’m crow-barring in the Rangers midfielder because, frankly, this is my ball and I can do what I want.  Banned from Rangers for a further three weeks, being investigated for betting on a match, anyone would think Joey was trying to stir up some form of publicity.  Oh, a book you say?  Hang on, isn’t he supposed to have retired before he wrote an autobiography?

Harry Kane is out injured for two months, meaning he can add October and November to the list of months he won’t be scoring in.

Sunderland have told a Sunderland Echo reporter he cannot cover Sunderland anymore.  That is rich, considering Sunderland have plenty of Sunderland players that are unable to cover other Sunderland players at all.  Van Aarnolt was allegedly removed from the starting line up due to irregular activity on his heart monitor.  The news was delivered by a cardiologist who, apparently, was travelling with the team as the fans were not convinced their team had any heart and wanted confirmation either way.

First Alexis Sanchez, now Bellerin.  City are lining up Arsenal players each day this week.  Arsene has admitted that he was unable to “unlock” the potential in Niklas Bendtner, saying he was unable to find the “key”.  Arsene, it’s probably locked away safely in the same box as that chequebook.

Upton Park was blown to pieces yesterday.  That makes a change, as it has been the Hammers defence being reduced to smithereens so far this season.

I suppose I have to mention the EFL Cup.  I care about it as much as the Premier League managers.    You can also tell how low it is on the priority list when you see the panel Sky roll out for the night.  Koeman got his first loss as Everton manager, getting beat 2-0 by Norwich.  If he had cared he would have played Lukaku.  Arsenal knocked out Niklas Bendtner 4-0.  Standard Arsenal League Cup performance, their second string will do great until they bring out the big guns for the semi final and lose.  Liverpool B eased past Derby 3-0 and Bournemouth could not finish off Preston in normal time.  Leicester B threw away a 2-0 lead against Chelsea B, who were run by Cesc Fabregas as predicted earlier in the week.  Oh, the EFL Cup.  Bournemouth fans, if you really care about the result you can find it online.  If you cannot beat Preston by the time I knock off, that’s not my problem.

PS:  If you enjoy the daily Tales from the Top Flight, why not hit one of the share buttons below and tell the world?