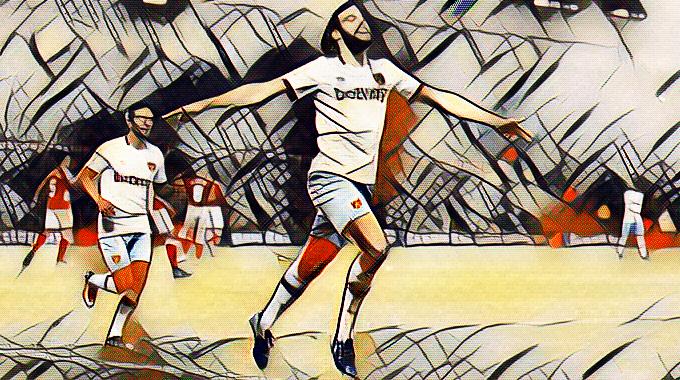 Whatever happens in this Transfer window, there won’t be another transfer quite as mind-boggling as that of Andy Carroll’s potential move from West Ham to Chelsea.

If rumours are to be believed Antonio Conte has spotted something in the big-geordie-drain-on-the-NHS that many football fans fail to see and can see him occupying a place at Chelsea that isn’t just lying on the Stamford Bridge treatment table.

Of course, a tabloid newspaper printing exclusive stories about on-going talks and imminent transfer is certainly no indication of any truth but we should we be shocked that this particular rumour has raised its ugly, corn-rowed head (I’m not saying AC is ugly incidentally, he a beautiful man).

Maybe Conte’s public spat with the ever-graceful Jose Mourinho has knocked his common sense off kilter? That could be an easy explanation as to why he’s taking a look at the former-Liverpool man as effective back up for the bloody knackered looking Alvaro Morara. If so Conte, like many before him has been wooed by the big mans potential rather than history.

You may remember his tweet to West Ham fans back in 2016 when he picked up (another) long term injury:

“Devastated about my recent injured but I’m still the 15-20 goal man! #COYI” – @AndyTCarroll

The irony of that comment being that at no point in his career has Andy reached the dizzying heights of 15 goals. His haul with Liverpool saw him bag just 6 goals in 44 appearances whilst he debut full season with home-town club Newcastle saw him grab his best haul of 11 in 19. I have no doubts at all that he can reach that magic number. It might just take him three seasons to get there!

There is certainly truth in the idea that he is a promising player. There are also questions as to how long you can be a promising player without delivering on that promise. If Conte wants to take a gamble and add, alongside Danny Drinkwater and Ross Barkley, to the fast-growing England B team being assembled in South London then maybe he believes he will be the one to finally turn him into the player many have hoped he’d become. There is every chance that Carroll will flourish under Conte and the role of the “bit part” player (15mins here, a cup game there) will both suit his alarmingly fragile body and give Moratta the rest he apparently needs.

In truth, we should have seen this coming. This is a World Cup year and if like clockwork, England’s involvement in a major tournament usually goes hand in hand with calls for Andy to be included in the set-up if not the line-up. A move to Chelsea would no doubt be quickly followed by pundits rolling out well-oiled phrases like “On his day he’s unplayable” and “He’s a good plan B” on various radio phone-ins and highlights shows. To be fair, he is a decent plan B, so long as that plan B involves throwing yourself around the pitch and getting a yellow card, injuring the opposition goalkeeper and going off injured after 20mins.

I hope it works for Andy. For all the frustration, injuries, red cards and late-night drinking sessions I’ve always held out hope that he COULD be that 20 goals a season man for West Ham and that looks unlikely and he seems like a nice fella.

He’ll move to Chelsea, get an England call-up, score the winning goal in the World Cup final and win the Balon Dor. Its all within the realms of possibility. I’d also suggest that the West Ham board would use the resulting transfer fee to bring in new talent but that REALLY is the world of fantasy.

You can hear more from Jim in the “Funny Football Show” a twice-weekly podcast poking fun at the beautiful game.